Do you want to see the absolute best that East Africa has to offer but have limited time? Our nine day Safari All-in-One tour offers you the chance to explore three countries as you go on safaris in Tanzania and Kenya as well as visiting Rwanda to hike with the famous gorillas in the mist.

From the plains of the Serengeti and Maasai Mara to the towering mountains of Rwanda's Volcanoes National Park, your whirlwind tour features East Africa's three most popular destinations.

The below itinerary can be adjusted to start or finish in any of the three countries. 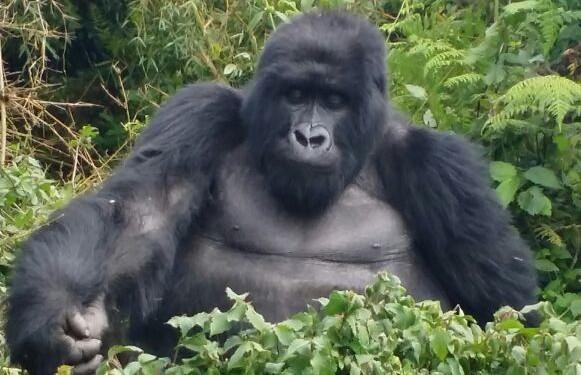 Details of Nine Day Safari East Africa All in One: Rwanda, Kenya, and Tanzania

You may also wish to include a sunrise hot air balloon safari and champagne breakfast in your safari. Consult your safari expert on how to make this happen.

After your morning meal, you'll set out with a packed lunch to continue your exploration of the park.

There's no pulling punches here: this is a long day's driving.

Departing after an early breakfast with a packed lunch, you'll enjoy a game drive en route to the Isebania border crossing that separates Tanzania and Kenya. Once your immigration formalities are complete and you've met with your new driver, you'll continue on to the Maasai Mara.

Arriving late in the day, you'll check into your hotel and relax ahead of tomorrow's explorations.

You'll enjoy a sunrise game drive in the Masai Mara - an ideal opportunity to spot predators such as leopards, lions, and cheetahs on the hunt for their morning meal.

It's a brief stay n the Maasai Mara, but it should give you a taste for the park's rugged landscapes and diverse inhabitants.

After taking breakfast at your lodge, you'll make the six-hour journey back to Nairobi - stopping along the way for lunch and/or some souvenir shopping (at your request).

Let's plan your trip to the Nine Day Safari East Africa All in One: Rwanda, Kenya, and Tanzania
One of our safari experts will get back to you within 24-hours.
Let's start planning
or talk to expert
using FB messenger