Witness the majesty of the world-famous Wildebeest Migration on the Masai Mara, see the sun rise over Kilimanjaro in Ambosel National Park, look for black and white rhinoceros at Lake Nakuru, and visit one of the few places on earth where you can see the Big Five and chimpanzees in the same day. 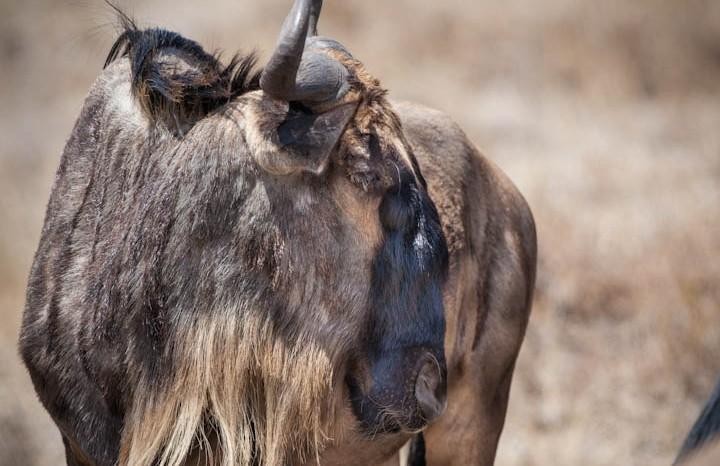 You'll have lunch at your lodge upon arrival before heading out into the park for an afternoon game drive.

After breakfast, you'll embark on your return drive to Nairobi, arriving for lunch at the world-famous Carnivore Restaurant for an all-you-can-eat BBQ feast. Different dining options are available for vegetarians.

In the afternoon, you will leave bustling Nairobi and then drive through the beautiful farm country of Kiyuku on your way to the Aberdares Ranges.

You will then be transferred to Aberdare National Park - to Ark Lodge - for an evening and night of game viewing from the Lodge's well-appointed viewing deck.  Here, you do not go out looking for animals; they come to you!

From the viewing decks at the lodge, you get to see  - amongst others - elephants, buffaloes, antelopes, monkeys, and myriad water-birds coming to drink from the flood-lit waterhole/salt-lick in-front of the lodge.

After breakfast, transferred from the Ark to the nearby base hotel - Aberdare Country Club  - where you rejoin your safari driver.  From here, it is a short drive to the very foothills of Mt. Kenya - Kenya's highest mountain.

After arriving at Ol Pajeta, you'll pay a visit to the park's famous chimpanzee sanctuary to meet its adopted residents and then head out into the park proper for an evening game drive.

Once famous for its flamingos, the park's resident birds have since moved on. Not to worry! There's still plenty to be seen in this beautiful lakeside park, including troops of baboons, large herds of buffalo, and both black and white rhinoceros.

You'll arrive at the park in time for lunch in your lodge, and then enjoy an afternoon game drive in the park.

You'll depart from Lake Nakuru National Park after breakfast for the drive south to Kenya's most famous park, the Masai Mara.

Let's plan your trip to the Eight Day Best of Kenya Safari
One of our safari experts will get back to you within 24-hours.
Let's start planning
or talk to expert
using FB messenger