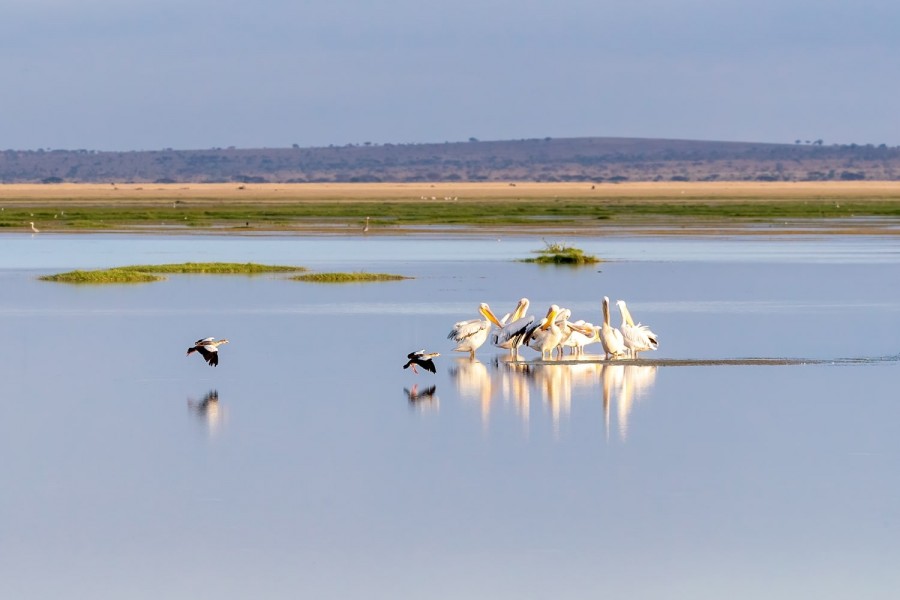 Amboseli is considered Kenya‘s biosphere reserve. The name Amboseli in Maa (Maasai language) means place of water, and it reveals its true nature. In its swamps live huge herds of elephants, as well as lions, leopards, and cheetahs.

Much other wildlife will reveal themselves - observe hippos, zebras, giraffes, waterbucks, warthogs, buffaloes, wildebeest, and gazelles. And more than 47 raptors of 350 bird species, among them flamingoes, cormorants, storks, and ostriches.

Amboseli is also home to Maasai communities. Being an open country means a good walking territory, and many camps and lodges organize game viewing walks or trips to visit and spend time in the local Maasai villages. 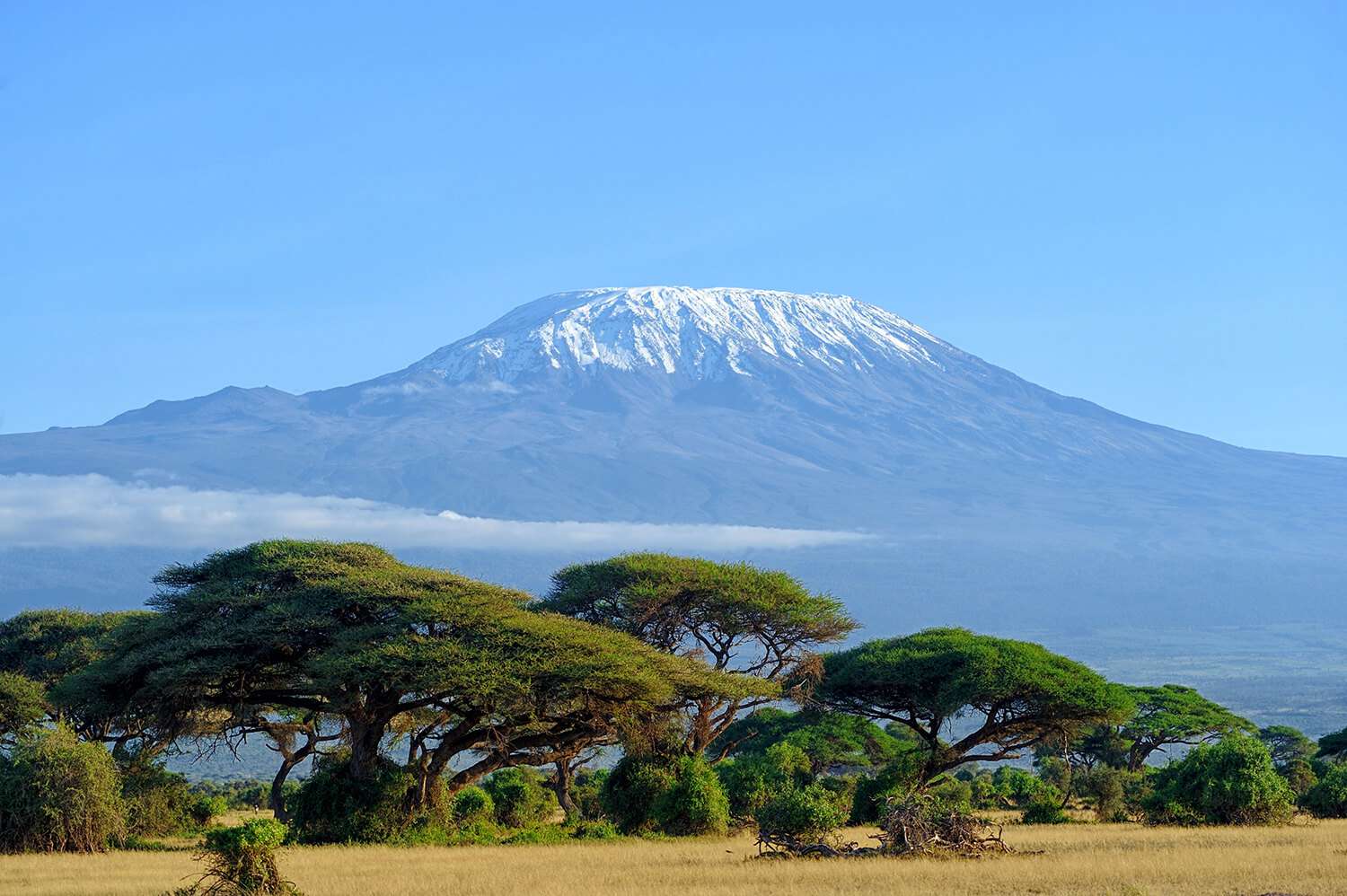 Lake Amboseli is a non-permanent lake that floods only in heavy rainfall and is fed by underground streams from Mt. Kilimanjaro. Along the streams are large papyrus swamps that form the only permanent water source for the animals in the park. The swamps attract large numbers of animals such as elephants and buffaloes, and are surrounded by very tall Acacia trees.

A motley crew of wildlife

You can find four members of the Big Five in Amboseli - like in many other parks rhinos have not survived the poaching epidemic of the late 20th century. But there is still a motley crew of wildlife to be found. Besides the lion, elephant, leopard, and buffalo, you can spot other wildlife. Spotted and striped hyena, Maasai giraffe, leopard, cheetah, hyrax, did-dik, lesser kudu and nocturnal porcupine reside here. Large swamps are hosting elephants, crocodiles, hippos and waterfowls. 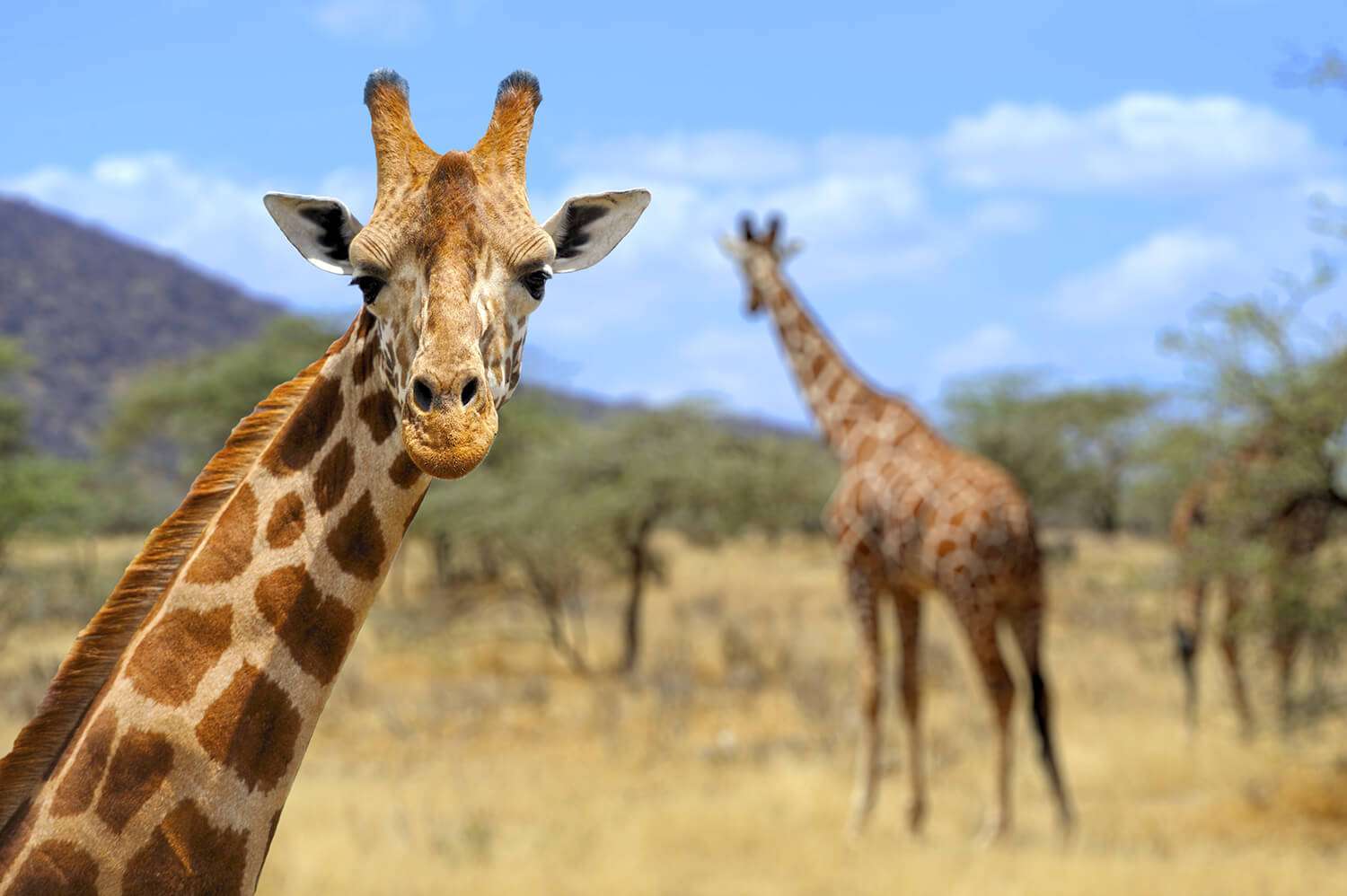 A paradise for birdwatching safaris. With over 350 bird species recorded in the park, of which 47 raptors, it is a paradise for bird lovers and watchers. The Observation Hill Tower is accessible during the day, and the hilltop offers countless photographic opportunities and amazing views of the sunset to behold. 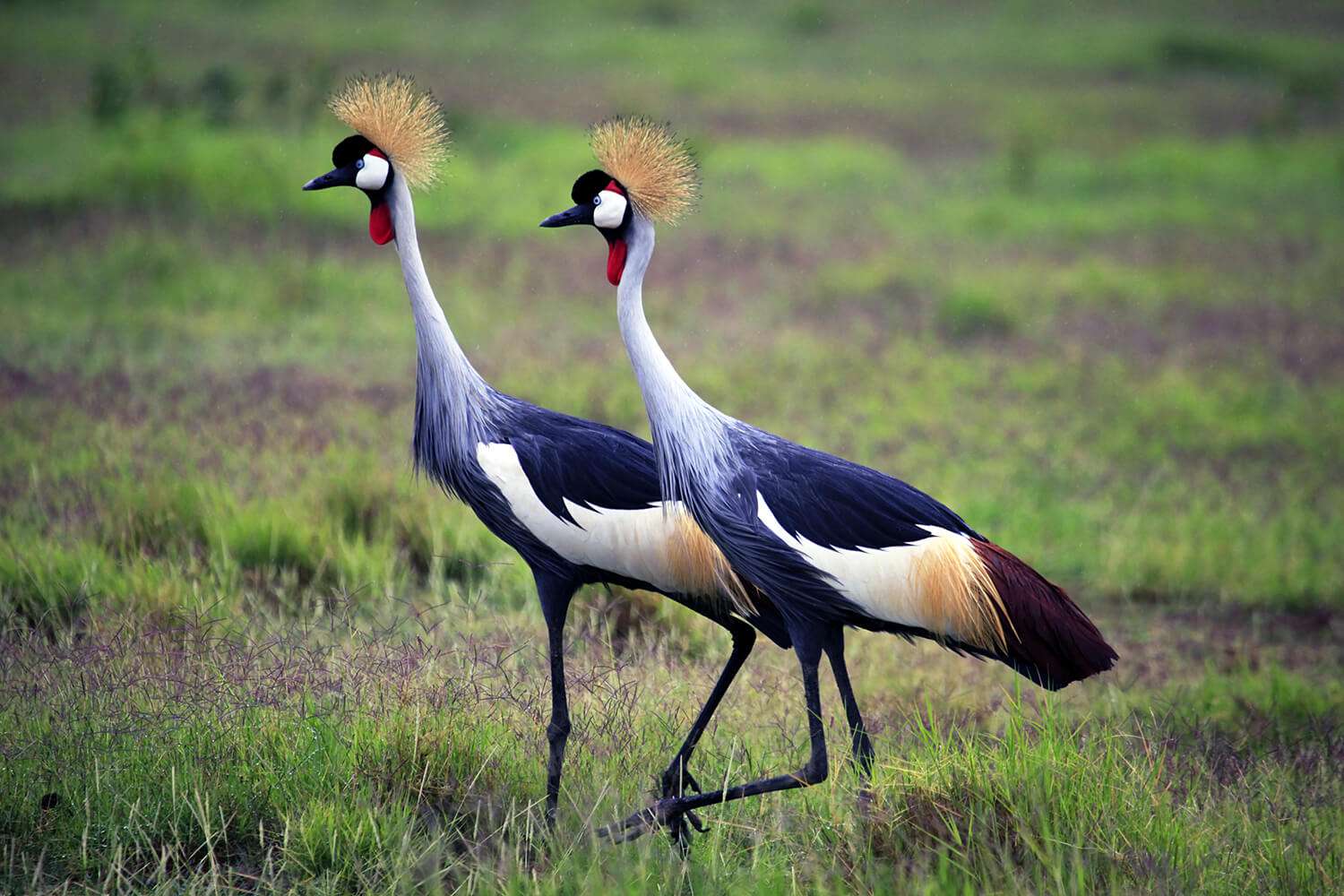 Early morning light reveals Mount Kilimanjaro turned into a dark hue of purple and its snow into an ethereal pink. The sight of the mountain overlooking herds of elephants crossing the Amboseli plains - this is a timeless African image. 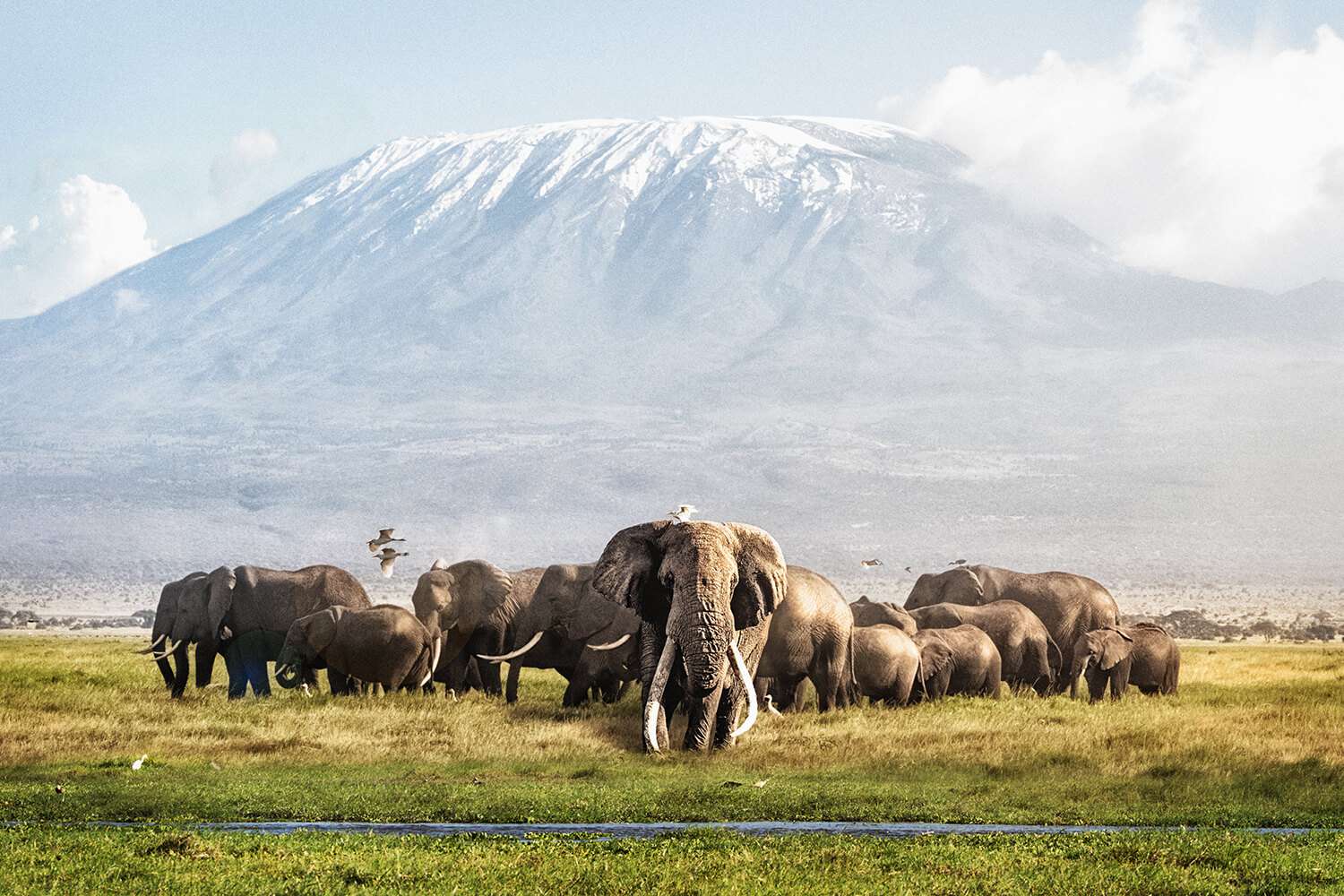 Amboseli is a land of wide dry plains with the vistas stretching to the farthest horizon to become one with the sky. It is dotted with green swamps among semi-arid plains of acacia trees and grasses where great herds of elephants rule the land. The park is renowned for its elephant population - large, tusked bulls, of which the most iconic Tim, a huge elephant with tusks reaching the ground, sadly died of natural causes in 2020, at an estimated age of fifty years. Amboseli was also home to Echo, probably the most researched elephant in the world. Dr Cynthia Moss, an American conservationist, followed her for forty years until Echo, the star of many books and documentaries, died aged sixty in 2009.

The stunning backdrop of the tallest African mountain, Kilimanjaro in Tanzania, makes Amboseli a darling for photographers and filmmakers. 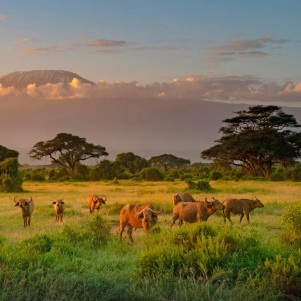 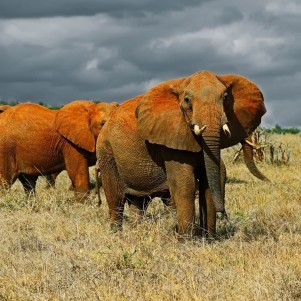 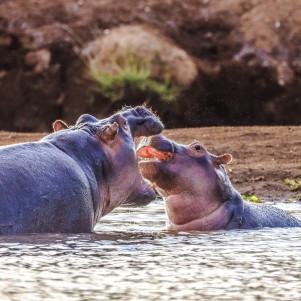 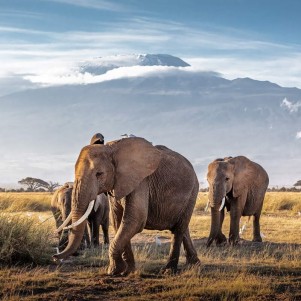 What Is the Best Safari in Kenya?
Where Can I Have the Best Safari in Kenya? When it comes to planning the best safari in Kenya, logistics makes things a little bit confusing. Unlike Tanzania, where the entire Northern Circuit can be packed into a five-day itinerary, Kenya's diverse landscapes mean that you'll often be forced to...
Read more...
Taking a Lion King Safari in Tanzania and Kenya
Disney's The Lion King has made more and more people curious about Africa. Why not take your own Lion King safari to see the animals in person?
Read more...
Planning a Safari During Rainy Season
Planning a safari during rainy season might not seem like a great idea, but Shadows of Africa has some tips on how you can experinece Africa year round.
Read more...
Things to do at Lake Naivasha
Lake Naivasha is a popular stop on Kenyan safaris due to its proximity to a number of other attractions. Read on to find out why it should feature on your itinerary.
Read more...
Everything You Need to Know About Amboseli National Park
Chances are you've seen a photo taken in Amboseli National Park before. If you've seen a picture with African wildlife against the backdrop of Mt. Kilimanjaro, you're looking at a picture of Amboseli. Despite "Kili" being located in Tanzania and Amboseli being proudly Kenyan, the park offers the best views of Africa's highest mountain. Second only to the Masai Mara in terms of popularity, Amboseli is a photographer's dream and offers great year-round game viewing. The park is home to four of the Big Five, with only the rhinoceros absent.
Read more...