For those with a high level of fitness, the steep paths and steamy conditions of the Ngorongoro Highlands provide an exciting way to see Tanzania's most beautiful conservation area far from the tourist crowds.

Not just a hiking program, your tour will also include game drives in the Ngorongoro Conservation Area and at beautiful Lake Natron. 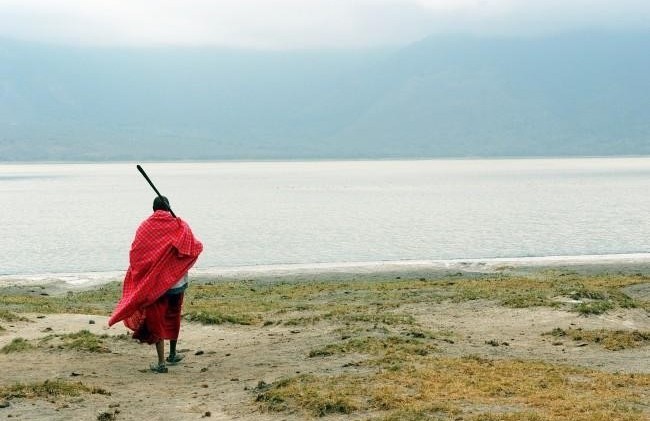 Your game drive experience will also include a picnic lunch by an active hippo pool.

You'll overnight in the nearby town of Karatu.

You'll begin the hiking portion of your trip today, departing after breakfast for the nearby village of Nainokanoka.

Your hike today takes you through the Embulimnuli Depression, a shallow depression where the slopes of the Olmoti, Empakaai, Lolmalasin, and Losirua volcanoes join with the outer rim of the Ngorongoro caldera.

The trail leads through both forests and open grasslands, following Maasai cattle trails as you make your way to Kamnana Village to set up camp and overnight.

One of the most popular hikes in Tanzania, the chance to hike Empakai Crater is one of the major selling points of any visit to the Ngorongoro Highlands.

Departing from camp after breakfast, we'll make our way to the Empakai Crater rim for an astounding view of the green paradise that exists within this lost world. Empakai Crater offers unparalleled views of Ol Doinyo Lengai, a still active volcano. There's also the opportunity to see Lake Natron, the Great Rift Valley, and even distant Mount Kilimanjaro on a clear day.

With photos taken, it's time to descend to the crater floor. With some parts of the crater rim rising 300m above the crater floor, you'll enjoy a steep descent with astonishing views of the heavily forested crater. During your descent, you'll have the opportunity to see wildlife such as buffaloes, bushbucks, blue monkeys, and a large variety of birds not limited to sunbirds and turacos.

While wandering along the shores of Empakai Lake, you'll have the chance to see waterbucks, bushbucks, and eland. Far removed from the hustle and bustle of the regualr tourist attractions, you'll be moved by the silence and serenity of this land that time forgot. Taking a picnic within the park offers you the chance to soak in its utter tranquility before you hike back to the car for your return journey to Karatu Town or the crater rim.

We'll then return to the crater rim to overnight.

After breakfast and packing up camp, you'll circle along the crater rim to reach its north-western side. From here, you'll descend to Naiyobi, a Maasai village.

Arriving in the late afternoon, you'll have the opportunity to meet with the friendly Maasai people who call the area home, as well as paying a visit to a local school and sampling traditional Maasai cuisine.

You'll then set up camp and overnight in an acacia grove not far from the village.

Beginning early in the morning, you'll make this 11 kilometre, 6-hour trek from Naiyobi to Mounwongoni Village.

A predominantly downhill hike, you'll move along dusty trails as we bid farewell to the verdant crater highlands.

Returning to camp at around lunch time, you will dine before heading out on a game drive around the Lake Natron area.

You'll then return to Arusha.

Let's plan your trip to the Seven Day Ngorongoro Highlands Trekking Adventure
One of our safari experts will get back to you within 24-hours.
Let's start planning
or talk to expert
using WhatsApp