Want to see everything that the Pearl of Africa has to offer? Our fourteen day Ultimate Uganda safari covers the width and breadth of this fascinating country.

Put simply: there's no more comprehensive tour of Uganda than this mammoth adventure. 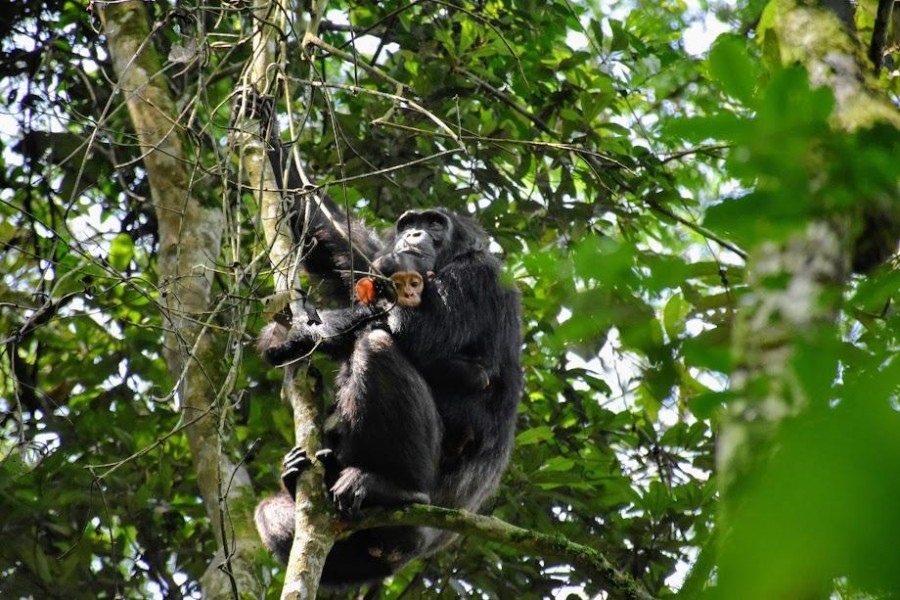 You'll depart from Entebbe after breakfast for the drive to the nation's adrenaline capital, Jinja.

Located at the source of the River Nile, Jinja has become an adventurer's playground due to its rugged canyons and churning river waters. Arriving in time for lunch in town, you'll then board a boat and emulate the African Queen with your own trip down the NIle in search of its source.

Along the way, you'll spot a variety of bird life out on the waters, pass the place where Mahatma Ghandi's ashes were spread, and finally come to the point where the mighty Nile finds its origin.

In the afternoon, should time allow, Shadows of Africa can arrange additional activities such as:

In all cases, these additional activities attract an additional cost. Speak with your safari expert about your options.

You'll overnight in one of the many beautiful lodges located along the banks of the Nile.

It's a day for the truly adventurous today, as you'll venture out onto the River Nile's famous rapids for a half-day white water rafting excursion.

Kitted out with all of the latest safety equipment and treated to a safety briefing before you set out, you'll then experience the speed and power of this mighty river as you and your team negotiate its rapids.

After the thrills of your white water rafitng experience, you'll have lunch before setting off for the famous Sipi Falls - located just outside Mount Elgon National Park. You'll overnight here.

It's another day of adventure today, as you'll set out for a guided hike to the trio of waterfalls that make up Sipi Falls.

Located in the foothills of the world's largest volcanic base, the falls are not only beautiful to photograph, but a delight to swim near. There are several cool swimming holes along the way that will be perfect for cooling off after the hike.

Birdwatchers will be especially enamored of this region, with a dizzying array of bird life to be found in the region.

For the more adventurous, mountain biking tours can be arranged upon request.

You'll again overnight in the region.

You'll then press on to Murchison Falls National Park, where you'll ascend to the very top of the falls to see the raw power of the mighty Nile as it squeezes through a tight space. Said to be the most powerful waterfall in the world, Murchison Falls is sure to impress.

You'll then overnight either in the park or on its very outskirts.

You'll depart after breakfast for the drive to the well kept secret that is Kabwoya Game Reserve.

A small reserve on the shores of Lake Albert and with a view of the Congo's famous Blue Mountains, Kabwoya Game Reserve is an often overlooked gem boasting spectacular landscapes.

You'll then overnight in the nearby town of Hoima.

You'll have another opportunity to spot chimpanzees at play today, as you'll trek down into Kyambura Gorge's forest in search of our closest living relative.

Not as used to people as the chimpanzees of Kibale Forest National Park, these primates might prove a little harder to spot. Nonetheless, you'll also have the chance to spot black and white colobus monkeys and vervet monkeys during your walk, and hippos, elephants, and antelope as you wander the shores of the lake that lies at the bottom of the gorge.

Once your hike is complete, you'll take a game drive en route to the Bwindi Impenetrable National Park. A highlight is sure to be passing through the Ishasha section of the park, which is famous for its resident tree-climbing lions.

You'll then overnight in the mountain town of Buhoma, your gateway to Bwindi Impenetrable National Park.

Let's plan your trip to the Fourteen Day Ultimate Uganda Safari
One of our safari experts will get back to you within 24-hours.
Let's start planning
or talk to an expert
using WhatsApp