An often overlooked gem, Samburu Game Reserve in northern Kenya offers a truly unique safari experience. Not only is the park home to iconic animals such as elephants, lions, and leopards, but it's also home to the Samburu Special Five - a quintet of five animals found nowhere else in Kenya.

A unique itinerary that can be done as either a drive safari or a fly-in safari, our Samburu Special Five safari gives you the opportunity to spot both the Big Five and the park's 'Special Five' - reticulated giraffes, Somali ostrich, gerenuk, besia oryx, and the Grevy's zebra.

A fly-in safari cuts the lengthy drive out of the equation, allowing you maximum time inside the reserve to look for both the Big Five and the Special Five. 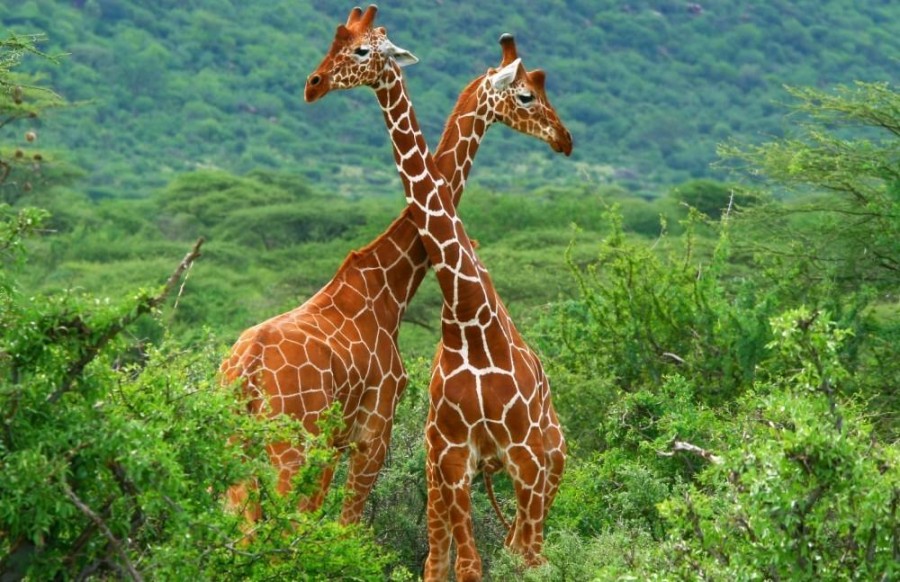 This safari can be done as either a driving safari departing from Nairobi in a safari car, or as a fly-in safari to maximize your time in the park.

You'll be picked up from your hotel or the airport.

Wake up early for a sunrise game drive through the Samburu Game Reserve. The cooler air and low-light are the ideal time to spot hunters such as lions and leopards on the prowl, and the early morning light is also quite spectacular as it sets fire to the landscape.

After a late breakfast, you'll fly or drive back to Nairobi where you'll be transferred to the airport or your hotel.

Let's plan your trip to the Three Day Samburu Special Five Safari
One of our safari experts will get back to you within 24-hours.
Let's start planning
or talk to an expert
using WhatsApp