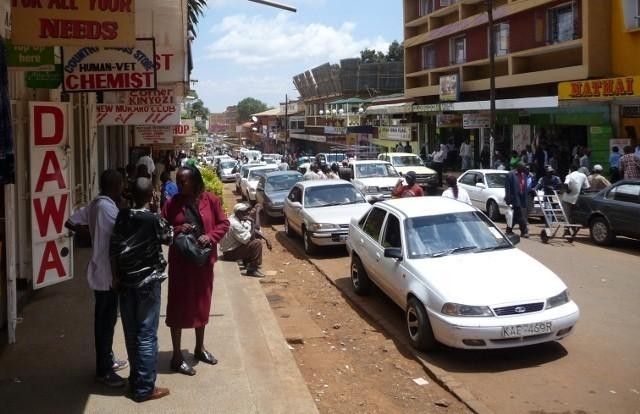 Headquarters for the Kenya"s central province

Nyeri is a small town that forms the country"s administrative headquarters for the Kenya"s central province. It is 150 km north of Nairobi in the densely populated and fertile central highlands lying on the base of Aberdare Ranges.&nbsp;

The town has generally good infrastructure but needs lots of improvement. It is also and educational town hosting a University College and a number of tertiary institutions. It also has a number of entertainment spots for relaxation. There is a reasonable tarmac road network connecting Nyeri to some important towns like Nairobi, Nakuru, Nanyuki and Othaya. Transportation is mainly by road on matatus and buses.&nbsp;There is an airstrip at Mweiga too.&nbsp;

Nyeri is the home of Aberdares National Park

It was formed around the 1902, when the British were establishing their colonial presence and defeated the native Kikuyu and build a British post there. Soon the European settlers, missionaries and Indian merchants began to migrate into Nyeri and it burgeoned into a trading centre.Majority of Nyeri residents are of the Kikuyu ethnic group, which is the largest ethnic group in Kenya.

Nyeri is a small town that forms the country"s administrative headquarters for the Kenya"s central province.

It is 150 km north of Nairobi in the densely populated and fertile central highlands lying on the base of Aberdare Ranges.

Enquire now
What to pack for a gorilla trek
The complete guide to packing for your gorilla trek to make sure you get the most out of this incredible experience. A gorilla trek is a uniquely special adventure. Trekking through the African rainforest, you will witness the fascinating life of gorillas in their natural habitat. 🦍 However, to properly...
Read more...
Let’s learn Swahili for your safari!
Jambo! (Swahili for “hello!”) Quick quiz: Do you know how to say “have a good day” in Swahili? What is Swahili for “good morning”? What is “how are you” in Swahili? Speak to people in East Africa in their native language, and they will surely give you a Swahili thank...
Read more...
Safari Lunches, Packed with Flavor
“Safari lunchbox” has become a bit of a dirty word on the safari scene. Every good lodge cares about their travelers, and tries their hardest to create interesting meals for safari-goers, but it’s hard to avoid a bit of repetition out on the trail. Shadows Of Africa has a very...
Read more...
Tanzania Safari Routes Distances
Tanzania, our incredible home, is always open for travelers! We can’t wait to share her beauty with you. Take a look below at what we have to offer: the routes, the accommodations, and the experiences. The north of Tanzania is full of incredible sights, every way you look. Most of...
Read more...
We Plant Trees. Together, Planting a Forest
Travel with us, and we plant a tree in your destination. Shadows Of Africa has partnered with One Tree Planted to maintain and restore our beloved continent. By supporting reforestation in the delicate ecosystems of our African home, we are making sure that this beautiful land will be around for...
Read more...