If you are not staying for longer than six months, you enter Zimbabwe with a minimum of formalities. All you need is a valid passport with a valid visa depending on which category of the visa regime you fall under, a return ticket to your country (or enough money to buy one), and sufficient funds to cover your stay in Zimbabwe. Entry points are categorized into three groups which comprise of:AIR - Harare International Airport, Joshua Mqabuko Nkomo Airport, Victoria Falls International Airport,Kariba Airport, Charles Prince Airport, Masvingo Airport, Buffalo Range.ROAD - Chirundu, Nyamapanda, Beitbridge, Victoria Falls, Forbes, Kazungula, Plumtree, Kariba,Kanyemba, Mukumbura, Cashel, Mt Selinda, Sango, Pandamatenga, Maitengwe, Mphoengs.RAIL - Beitbridge, Plumtree

Zimbabwe has a number of airports located in the various towns and provinces.Harare International Airport –The biggest and busiest airport in Zimbabwe situated in Harare. The airport’s runway, at 4,725 metres (15,500 ft), is one of the longest in Africa.

Joshua Mqabuko Nkomo International Airport situated some 20km out of Bulawayo the city of kings. Victoria Falls Airport – An International Airport that is located 21 km out of Victoria Falls town the hub for tourism in Zimbabwe. Charles Prince Airport – formerly named Mount Hampden and renamed after former airport manager Charles Prince (who was a Royal Air Force officer during World War II), is located approximately 8 km northwest of Harare, Zimbabwe.1973 the airport was converted to civilian use.

Departure taxes – A departure tax of US $35 is levied on all foreign investors (non-residents) at all Zimbabwe airports on International flights and this tax often incorporated in the ticket fare. When flying within Zimbabwe a departure tax of $10 is charged. The revenue stamp can be bought at the airport or pre-purchased at any commercial bank. A total of US $5 is payable for each domestic ticket. However, this tax is often incorporated in the ticket fare. Always verify with the issuing agent. 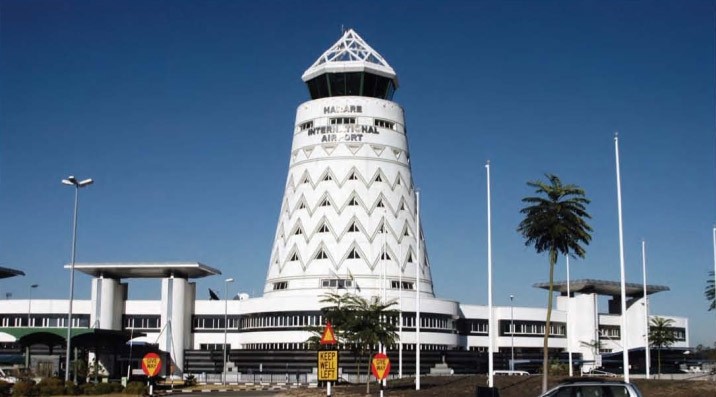