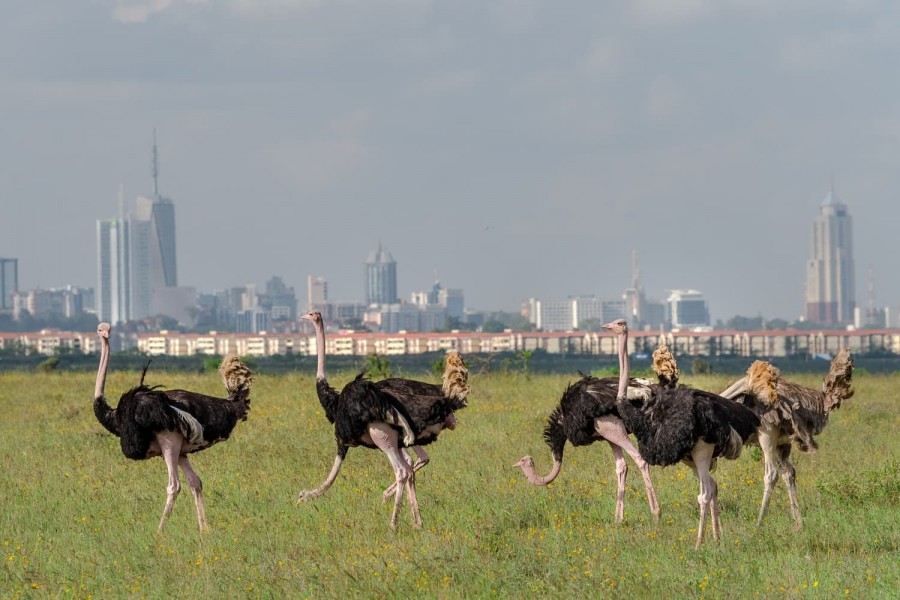 It’s the only city in the world with a National park and therefore boasts of natural wilderness with wildlife and bird species-only few minutes (8km) away from the City centre. Covering 117sq km it is covered with forest at the western end, river line forest to south and grassy plains over much of the park and creates an unexpected beauty of lion gold plains and cool valleys. 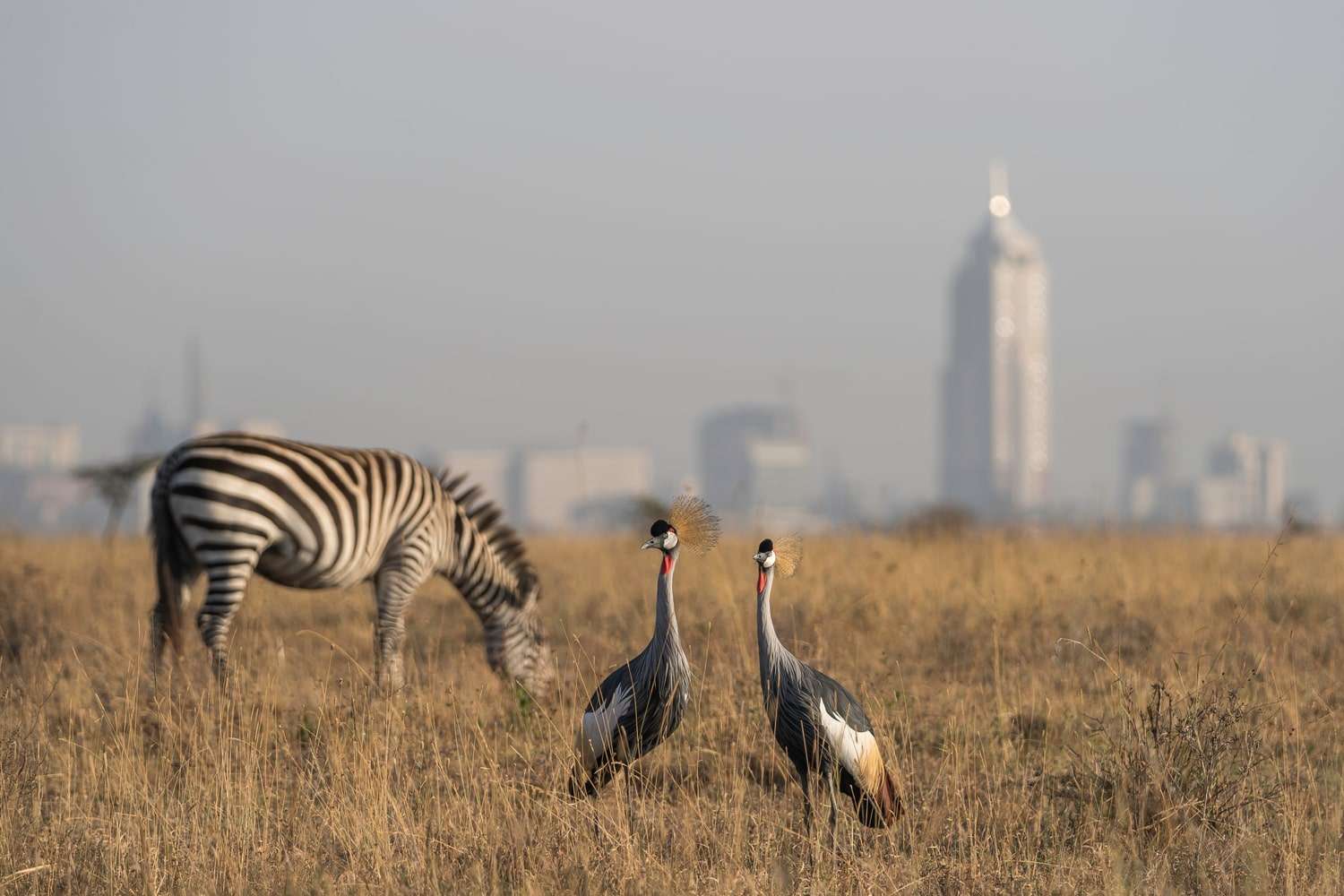 Nairobi National Park is a unique ecosystem by being the only protected area in the world close to a capital city. The park is located only 7 km from Nairobi city centre. The savannah ecosystem comprise of different vegetation types. Open grass plains with scattered acacia bush are predominant. The western side has a highland dry forest and a permanent river with a riverine forest. To the south are the Athi-Kapiti Plains and Kitengela migration corridor which are important wildlife dispersal areas during the rain season. Man-made dams within the park have added a further habitat, favourable to certain species of birds and other aquatic biome. 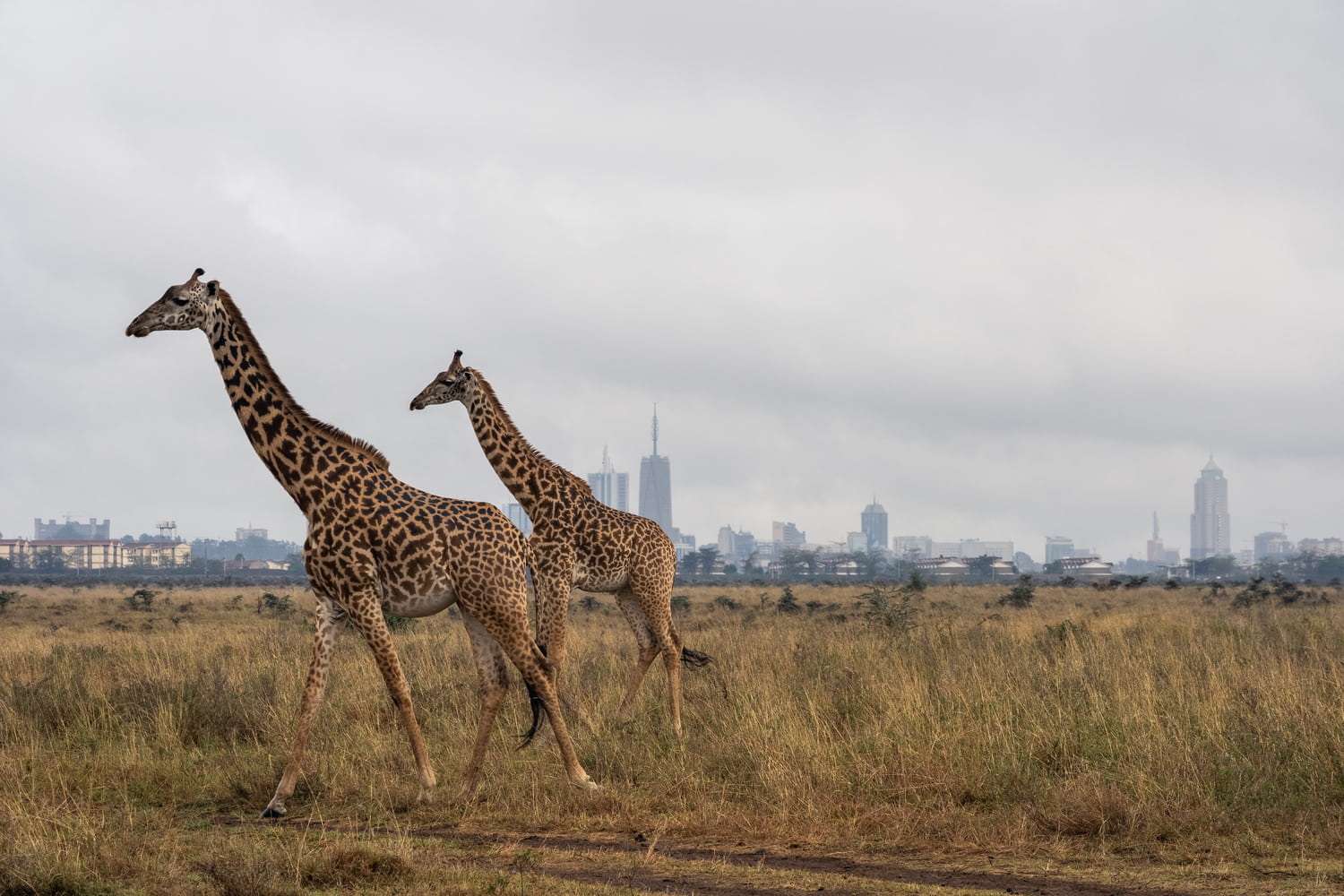 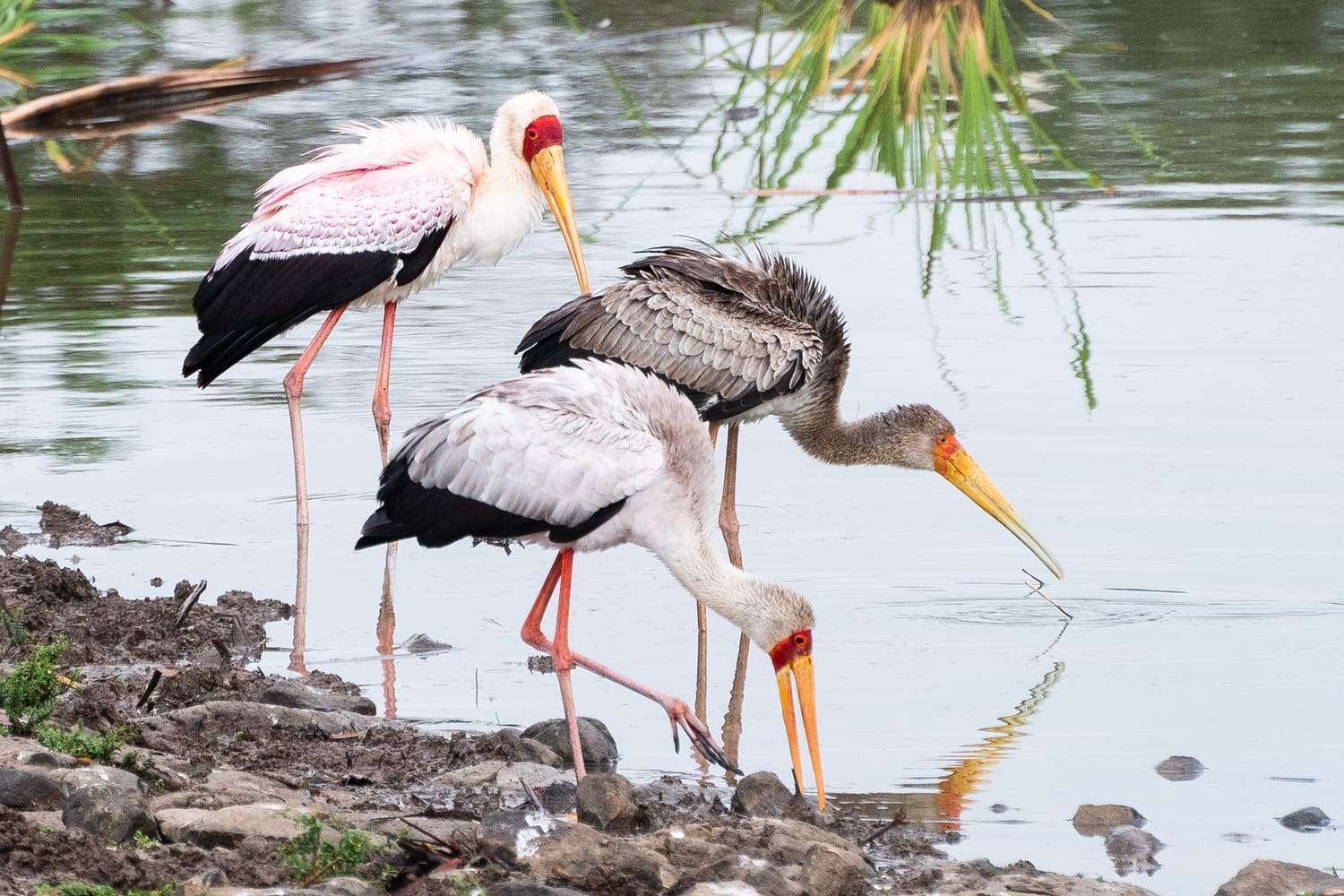 The Park has a highest density of black rhinos and on your game drive you may spot the rhino buffalo, lion and leopard crocodile and hippo but no elephants. There is also a number of recorded bird species. 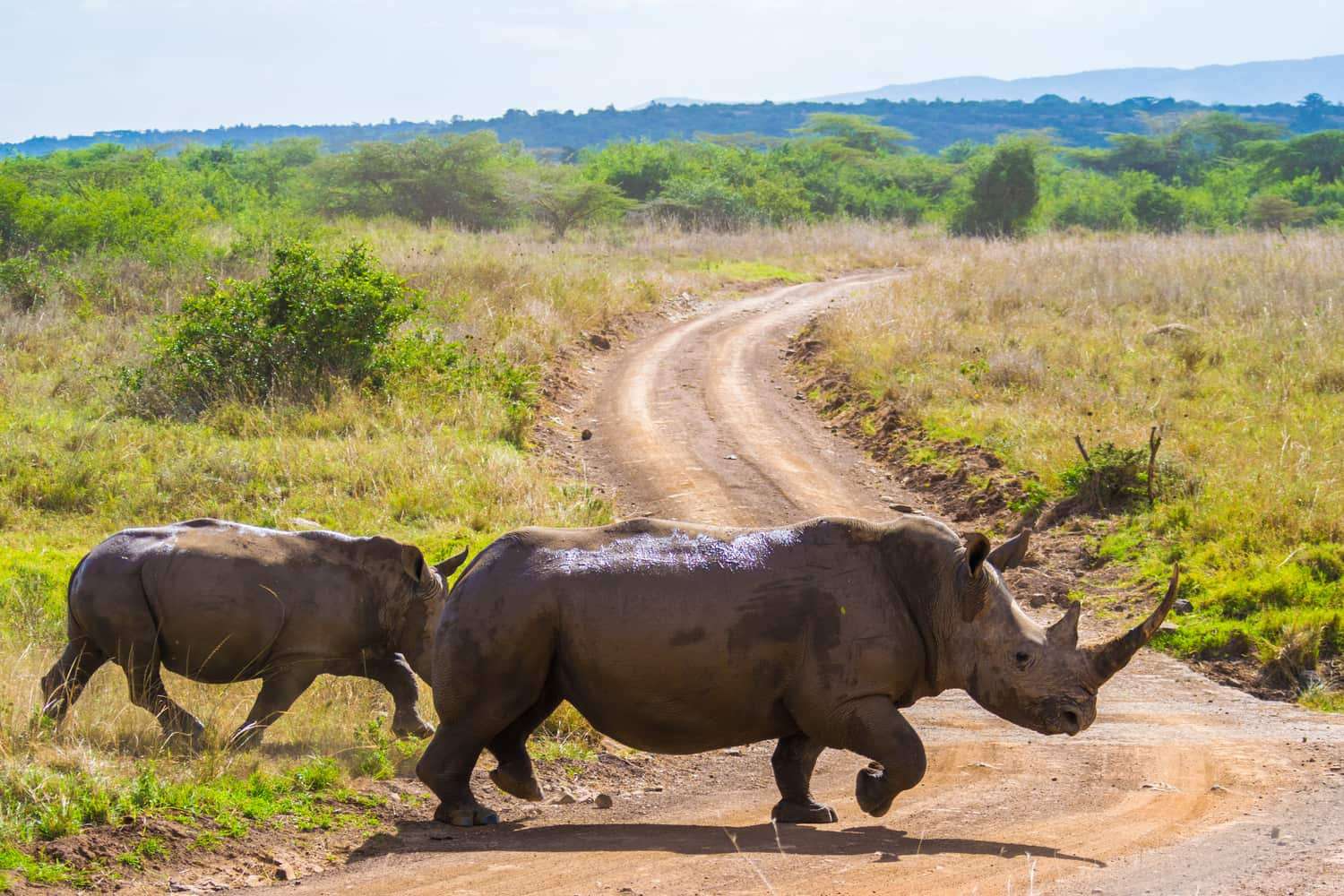 The park too has a waterhole. Minutes from the city centre, easily accessed, and offering a well maintained and clearly signposted road network, the Park makes an ideal day trip wildlife safari venue and abounds in specially created picnic spots such as the The Ivory Burning Site, Kingfisher Picnic Site and others. Nairobi Safari Walk and the Animal Orphanage: A rare opportunity to see animals in captivity trained to live and behave as in their natural habitat, through the Safari Walk (immediately to the right of the main gate).

Raised timbered boardwalks have been constructed to make a family outing as informative and thrilling. 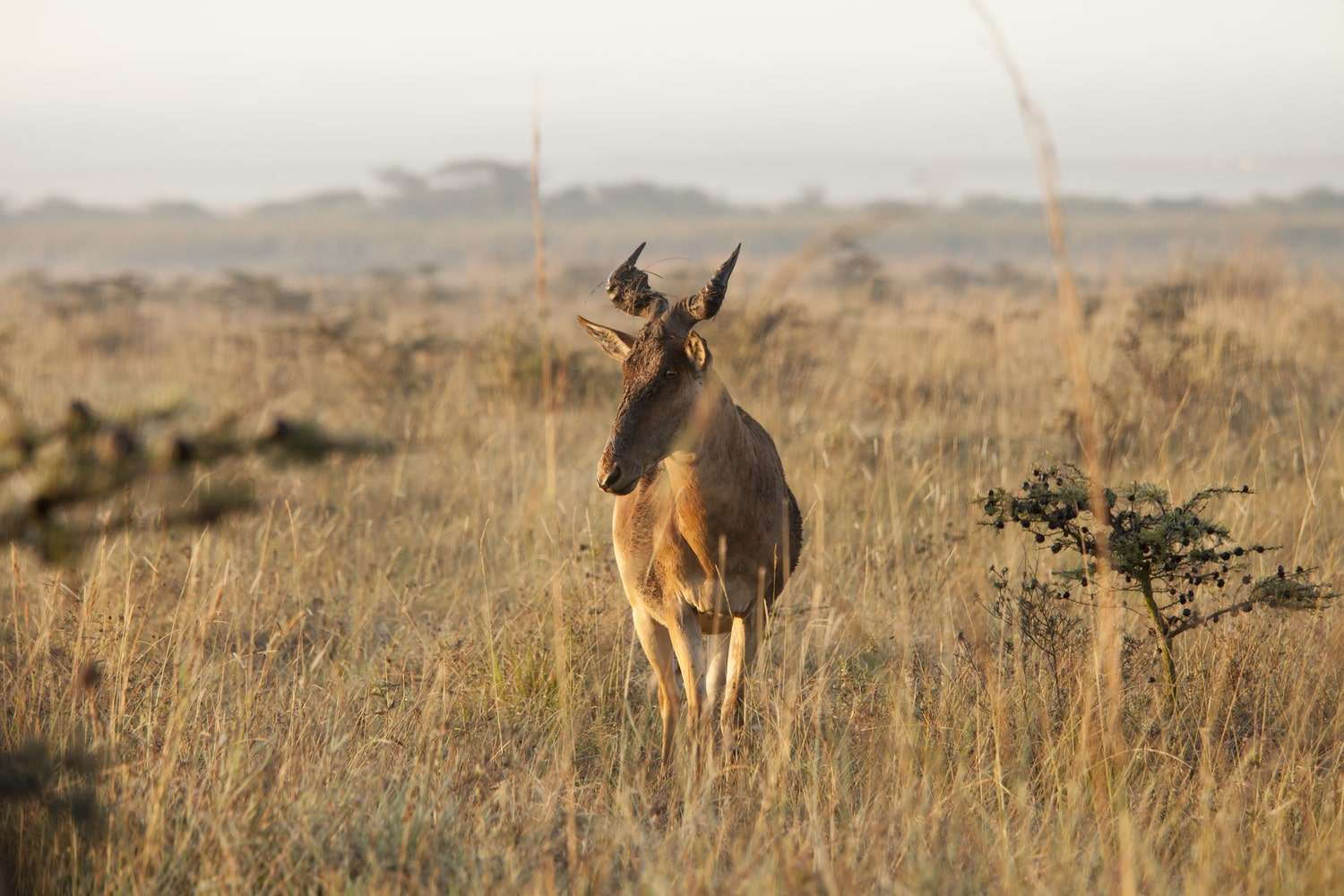 Nairobi, the capital city of Nairobi boasts of a very unique feature. It’s the only city in the world with a National park and therefore boasts of natural wilderness with wildlife and bird species-only few minutes (8km) away from the City centre. 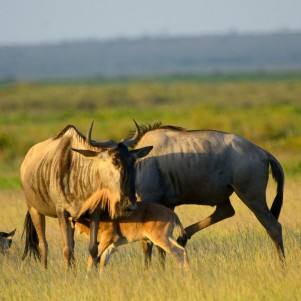 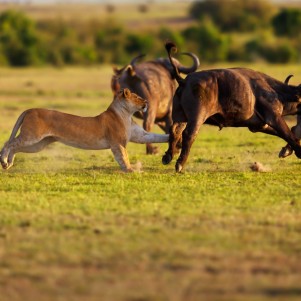 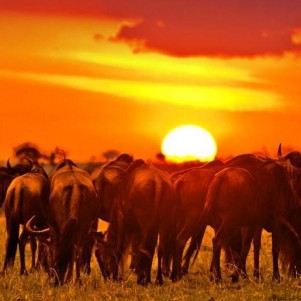 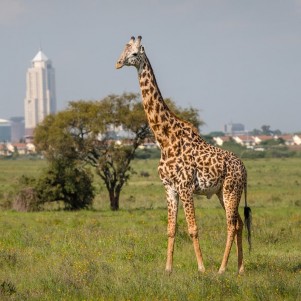 Latest Covid Entry Requirements Kenya
Last update: July 2021 Looking for the latest covid entry requirements to KENYA? Shadows of Africa has got you covered. With our team living on the ground, we are always aware of the latest covid entry requirements For a quick overview, see below. Our safari experts are ready to give...
Read more...
Optional Activities in Kenya
There's so much more to Kenya than just world-class game driving. We've got an exhaustive list of optional activities to add to your Kenyan safari.
Read more...
How to Apply for a Kenyan Visa Online
Getting a Kenyan visa has never been easier! Applying for a Kenyan visa online is a relatively simple process, but we're here to walk you through it.
Read more...
The Wildebeest Migration of Kenya and Tanzania
Each year more than a million animals make the perilous journey from Tanzania's Serengeti to Kenya's Masai Mara. The Greatest Show on Earth is a must-see for any safari enthusiast.
Read more...
Why Travel to Kenya
Kenya is widely considered to be one of the most accessible safari destinations in the world. With Nairobi International Airport located within driving distance of the nearest national park, you can land in the morning and be on safari by the afternoon.
Read more...