The southern parks of Tanzania offer something very different to the more famous northern parks. While they may not have the majesty of the Serengeti or the notoriety of Ngorongoro, parks such as Ruaha and Katavi offer a distinctly more wild, untamed experience.

This itinerary combines traditional game drives in massive Ruaha and isolated Katavi, with an opportunity to see the chimpanzees of Mahale. 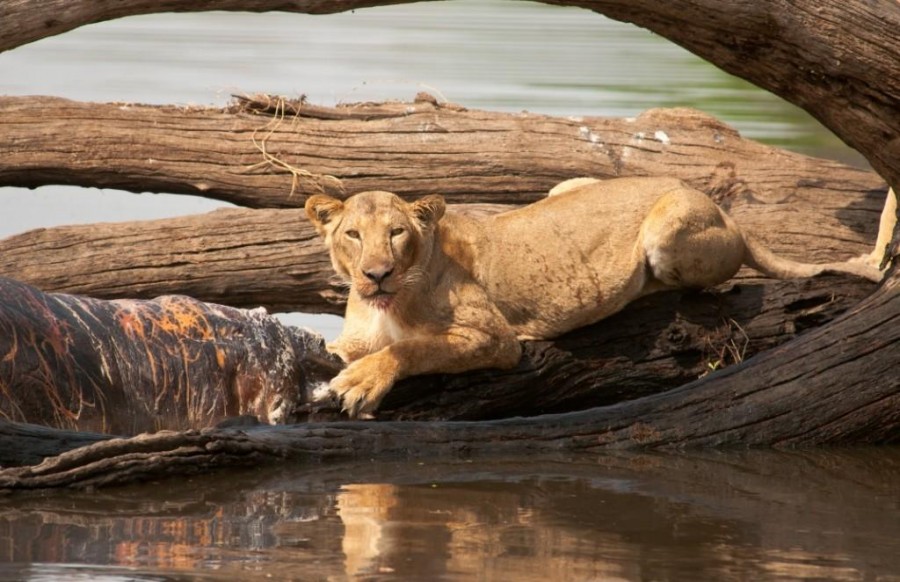 After an early breakfast, you’ll board your flight for the Mahale National Park. Much larger than the more famous Gombe National Park, Mahale is famous for both its chimpanzee population and its dynamic terrain.

You’ll take a boat transfer out to the park in time for lunch and an afternoon activity such as kayaking, hiking, or bird-watching.

You’ll have three days to experience this beautiful park on the shores of Lake Tanganyika, with one of them best spent heading out to see its most famous inhabitants – the chimpanzees. Our closest living relatives are a source of endless fascination for travelers from all over the world, and you’ll have the chance to take a guided trek out to meet them face to face.

On your second and third days, you might wish to take a guided nature walk, a serene boat safari, or simply enjoy the natural beauty of this well-kept secret.

You’ll board your flight back to civilization today, returning to Dar Es Salaam for your onward travel.

Let's plan your trip to the Big Five and Chimpanzees - 12 Day Southern Tanzania Safari
One of our safari experts will get back to you within 24-hours.
Let's start planning
or talk to an expert
using WhatsApp