"It" being the long series of unfortunate events that lead to humanity populating the globe. Home to significant fossil remains of a two million year old skull of Homo Habilis, the museum also showcases a number of other fossilised remains of long extinct former African residents such as species of crocodile, giraffe, and turtle that once roamed the plains and forests.

Koobi Fora Museum. More commonly known as the Cradle of Mankind, this World Heritage Site located on the shores of Lake Turkana is believed to be some to be where it all begun. 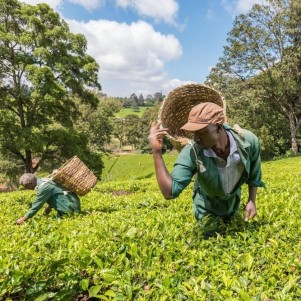 One Day at Kiambethu Tea Farm, Limuru - Trip from Nairobi 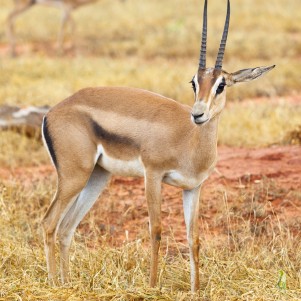 Top 5 Safari Parks to Visit from Mombasa: The Best Places for a Short Safari from Mombasa
A great advantage of Mombasa is that the tropical beaches are close to such famous parks as Arabuko Sokoke National Park, Amboseli National Park and many others. Even the famous Maasai Mara is only a short flight away! Hence why you should not miss the chance to add a short...
Read more...
Safari Tents & Tented Lodges or Camping - Everything You Should Know!
Safari tents - Tented lodges or Camping - Everything you need to know before your safari! Have you ever imagined falling asleep to the sounds of lions and elephants? Wondered what it was like to spend the night in a tent, with only the canvas wall between you and the...
Read more...
Kenyan Tribes & Religions
The tribes of Kenya define the nation, and we cover just a few of the diverse peoples who make the country so unique.
Read more...
Kenya Fact File
The Republic of Kenya, or just Kenya as it is more commonly known, is a country located in Eastern Africa that straddles the equator. It is bordered to the south by Tanzania, to the west by Uganda, and to South Sudan, Somalia, and Ethiopia in its north. The nation takes its name from Mt. Kenya, its highest mountain and the second highest mountain in Africa after Tanzania's Mt. Kilimanjaro. The capital of Kenya is Nairobi, a cosmopolitan and thriving city that has the largest GDP in all of East & Central Africa.
Read more...
How to Get Most of Your Safari in Tanzania and Kenya?
Everybody wants to have an unforgettable experience when it comes to safaris in Africa. Booking a safari is first step to do so, but many people don’t know or don’t think of all possibilities! To truly enjoy and experience African landscape and wildlife from all possible angles, we have compiled...
Read more...