This great safari itinerary offers you an experience of a lifetime and is ideal for those who wants to truly enjoy a great taste of Kenya. You will Visit and experience amazing Amboseli National Park, Tsavo National Park and a Whitesands of the longest seafront on the North Coast of Mombasa!
Request a price 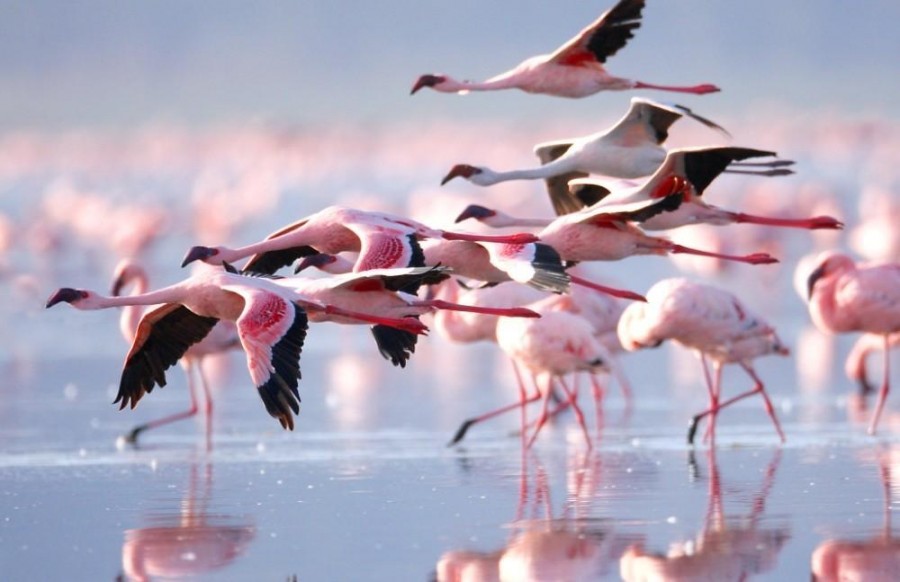 You'll be absolutely delighted with your Kenya Delight safari. Paying visits to two of the country's best-known parks as well as one of its most underrated, your five day safari lets you chase the Big Five, the Special Five, and the world's largest flock of flamingoes.

After breakfast at your hotel, you'll hit the road to Samburu in Kenya's north. Along the way you'll drive past green coffee plantations and in the shadow of Mt. Kenya.

You'll arrive in the semi-arid Samburu Game Reserve in time for lunch, and then head out on a game drive that showcases the unique wildlife that Samburu is home to. In addition to more 'conventional' safari animal sightings, you'll also have the chance to spot the Beisa Oryx, Reticulated Giraffe, Somali Ostrich, and Grevy's Zebra - four of the so-called Samburu Big Five.

Lake Nakuru is home to millions of brightly coloured pink flamingoes and is an ornithologist's dream, with a further 400+ species of bird calling the park home. It's not all birds however, with the park also home to elephants, black and white rhinos, hippos, lions, leopards, and more.

You'll get to see all of the above and more on your afternoon game drive in the park.

You'll depart from Lake Nakuru after breakfast for the drive south to Kenya's most famous park, the Masai Mara.

Since the movements of the Wildebeest Migration can be unpredictable, we've budgeted for an extra day here in the Masai Mara to increase your chances of witnessing the famous river crossing.

Each year the entire herd must attempt the treacherous crossing of the Mara River, where they contend not only with strong currents, but also with the always hungry Nile crocodiles who call the river home. It takes a lot of patience and more than a little luck, but witnessing the dramatic river crossing is a bucket list worthy item.

Bid farewell to the Masai Mara and return to Nairobi in time for lunch and your onward travel.

Let's plan your trip to the North Kenya Explorer Safari - 6 Days
One of our safari experts will get back to you within 24-hours.
Let's start planning
or talk to an expert
using WhatsApp