This ten-day safari takes you through seven of Kenya's top safari destinations to give you the complete overview of this fascinating country.

Each of these seven parks offers something unique: whether it's endemic wildlife not seen elsewhere, dramatic landscapes, or sheer animal variety. It's the ultimate Kenyan safari package for those wanting to maximise their game-viewing opportunities. 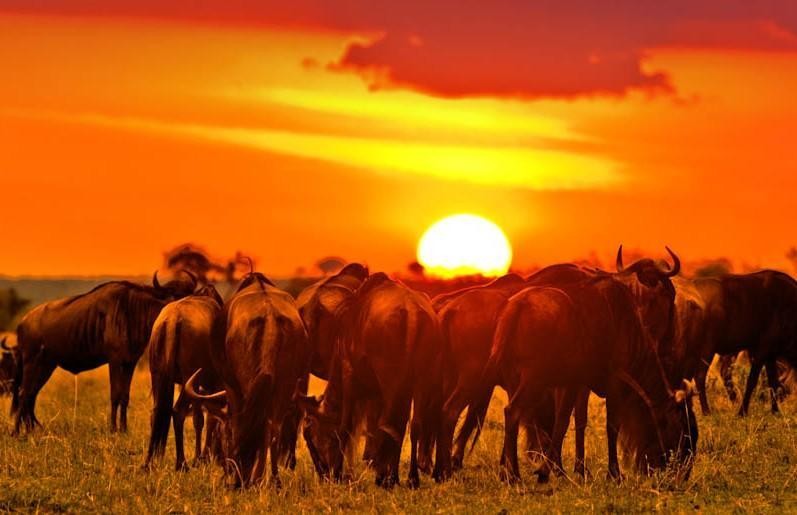 After breakfast, you'll depart from Nairobi for Amboseli National Park. Most famous for its stunning views of Africa's highest mountain, Mt. Kilimanjaro, the park offers photographers the rare opportunity to snap photos of elephants, lions, zebras, and giraffes against the startling backdrop of Africa's most famous mountain.

With a picnic lunch in hand, you'll depart from Amboseli after an early breakfast for the drive to Ol Pejeta Conservancy, sometimes known as Sweet Waters.

Your drive not only takes you back through bustling Nairobi and then through the beautiful farm country of Kiyuku, but brings you to the very foothills of Mt. Kenya - Kenya's highest mountain.

After arriving at Ol Pejeta, you'll pay a visit to the park's famous chimpanzee sanctuary to meet its adopted residents and then head out into the park proper for an evening game drive.

You'll trade the well-known safari spots for one a little more off-the-beaten-track as you head north to the rugged and semi-arid Samburu.

As famous for its unique landscape as it is for the presence of familiar faces such as leopards, lions, antelopes, and giraffes - the park's real claim to fame is its own "Special Five", a collection of animals found nowhere else in Kenya. These include the Somali ostrich, reticulated giraffe, Grevy's Zebra, the long-necked gerenuk, and the Besia Oryx.

You'll enjoy an afternoon game drive through this unique park.

You'll have a full day to explore the park in search of its rarer inhabitants as well as the likes of leopards, lions, hyenas, cheetahs, antelopes, and more.

While Samburu is smaller than other Kenyan parks and reserves, its diverse wildlife tend to cluster closer together near the life-giving Ewaso Ng'iro River, making it an ideal place to set up camp and do some game-viewing.

It's a day of lake exploration as you visit two more of Kenya's most beautiful lakes.

You'll depart from Lake Nakuru after breakfast and head to the hot springs and geysers of Lake Bogoria. The lake itself is also home to almost 2 million flamingoes, and the local spa has both hot springs and swimming pools for your relaxation.

After lunch, you'll head to Lake Naivasha for an afternoon boat safari to see the lake's resident hippos and water birds.

At the end of your day, you'll retire to your Lake Naivasha accommodations.

You'll depart from Lake Naivasha after breakfast for the drive south to Kenya's most famous park: the Maasai Mara.

Let's plan your trip to the Ten Day Complete Kenya Safari
One of our safari experts will get back to you within 24-hours.
Let's start planning
or talk to an expert
using WhatsApp