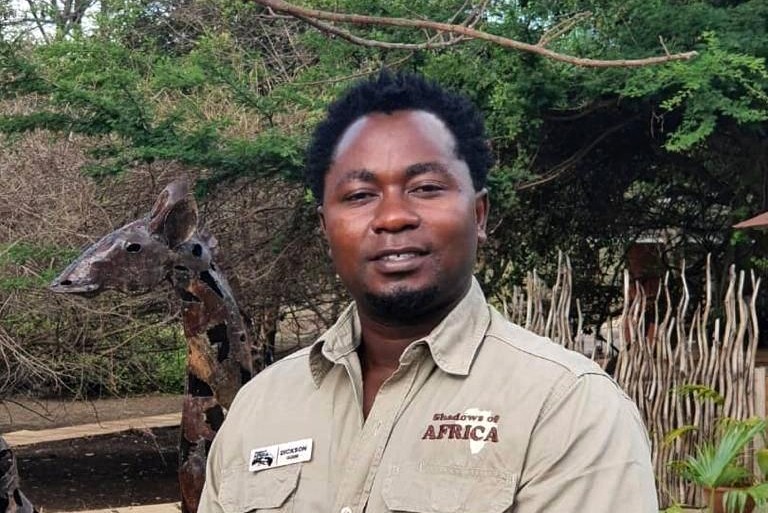 With an enormous 15 years of experience showing people from all over the world this wondrous land that he calls home, Dickson certainly knows how to give travelers what they want!

He is incredibly passionate about this land, Tanzania’s wildlife, and especially his work. His favorite trip to take travelers on is the journey to witness the Great Migration in the Serengeti.

Thousands of people from all over the world flock to this area to witness the largest annual animal migration in the world, with over 1.5 million wildebeest and hundreds of thousands of other migratory animals on the move around East Africa. Dickson has seen it many times, but never loses the sense of wonder for this incredible natural spectacle.

"Then we met Dickson, who was an amazing guide/driver. He was passionate about his work, and could even sometimes predict animal behavior. We had exciting adventures every day."

Dickson’s favorite food: makande, a popular local dish of maize and beans. If you want a taste of Tanzania before you come, why not try making it at home!

Born under Mount Kilimanjaro, Dickson is naturally an exceptional animal tracker, and knows the behavioral patterns of almost every animal that lives on these lands - he has lived with them all his life! He is especially fascinated by the mysterious and majestic leopard.

Dickson’s favorite animal fact: Leopards are very elusive and secretive, and mostly solitary animals, but they have very large territories.

"One person that was instrumental in just how spectacular our trip was, is our guide Dickson. We had unbelievable animal encounters because of him and when we come back to Tanzania, we will only safari with Dickson!"

He even has a passion for bird-watching when he’s out in nature. With over 1000 bird species in the country, it is an almost-endless source of surprise and majesty in this stunning environment, just waiting for you to discover it!

Dickson speaks English, Swahili, and even a bit of French. He also loves music! So ask him (in any of these languages) when you’re on the road with him - he can tell you a lot about Tanzanian music.

Join Dickson on an exciting adventure around Tanzania now!