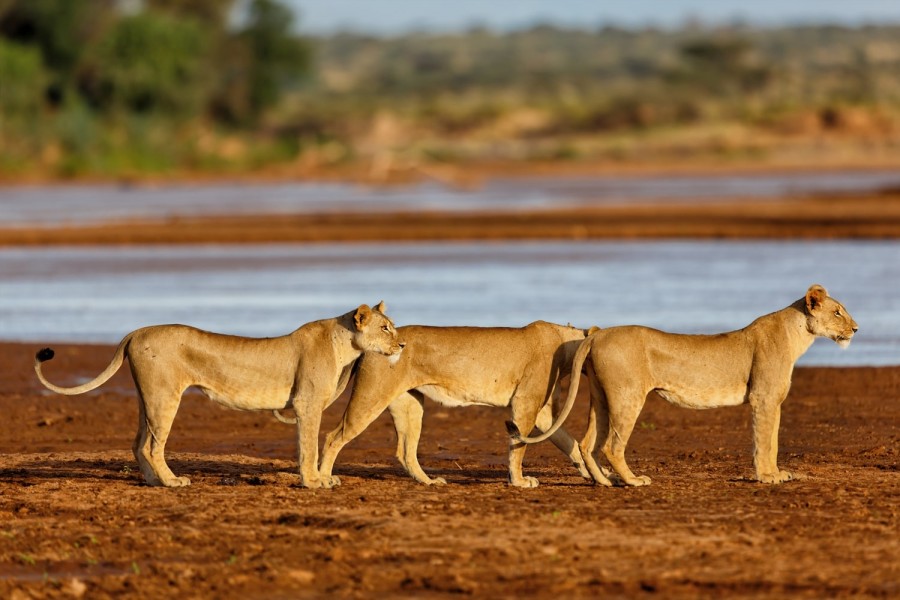 Worlds apart, from the other parks, on the hot and arid vast desert once known as the 'Northern frontier district’ there lies the Samburu National Reserve. The heat scorched scrublands extending all way to waters of Lake Turkana and beyond are the home to Samburu who are cousins to the Masai.

The days in Samburu National Reserve are extremely hot with cool nights, rising to 30 degrees, and evapotranspiration is greater than available moisture. In the 833 square kilometres of the protected area flows the River Ewaso Ng'iro also known as Uaso Nyiro or Lagh Dera. Across the river is the Buffalo Springs National Reserve. A bridge connects the two, and they are often grouped together. Nearby is the swampy wilderness of the Shaba National Reserve. 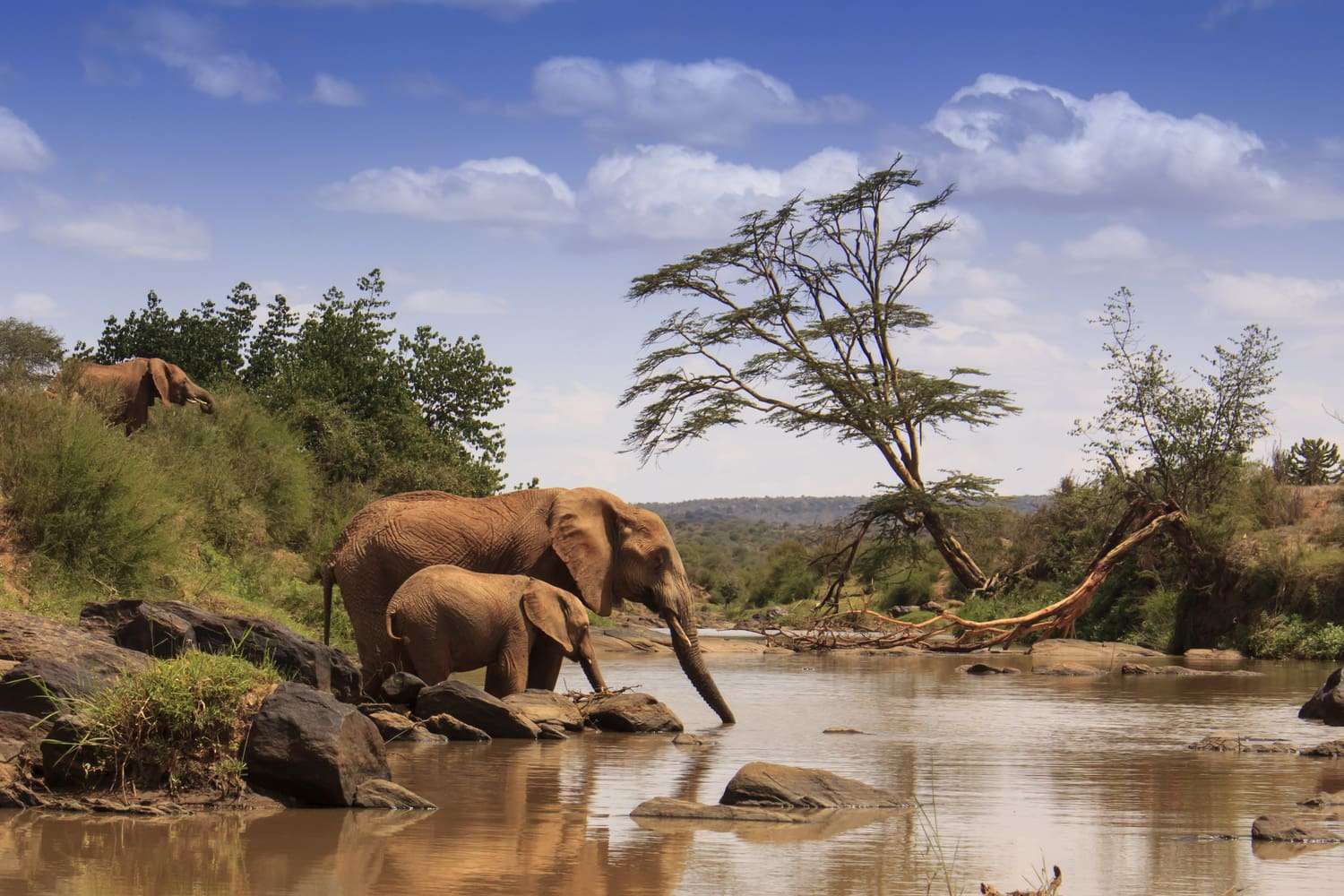 The lush vegetation along the river Ewaso Ng'iro attracts plenty of wildlife that includes the Somali ostrich, gerenuk, reticulated giraffe, Beisa oryx and Grevy's zebra. There is a number of weird and wonderful wildlife species endemic to this area such as the gerenuk antelope. Leopards, lions, cheetahs, and hyenas are easy to spot. 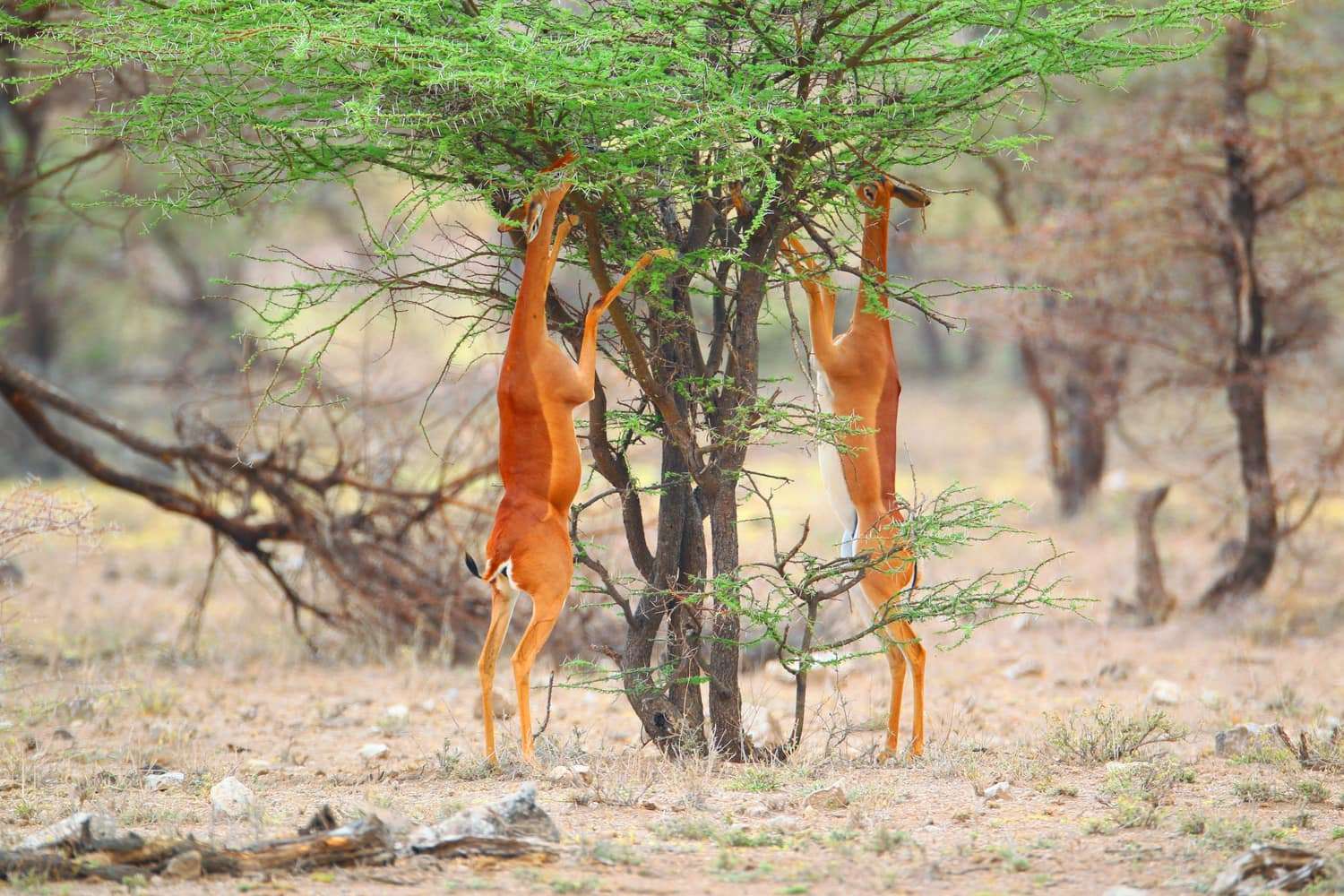 Over 450 bird species, some endangered species

For bird lovers, over 450 bird species are living there. Some endangered species have been recorded and the river area is particularly rewarding. The lesser kestrel and the Taita falcon are species of international conservation concern and they both utilise the reserve. Five species categorized as endangered have also been recorded in the reserve. These are the African darter, great egret, white-headed vulture, martial eagle and the yellow-billed ox-pecker.

Samburu was one of the two areas in which conservationists George and Joy Adamson raised Elsa the lioness. Their story was made famous by the bestselling book and award-winning movie "Born free". 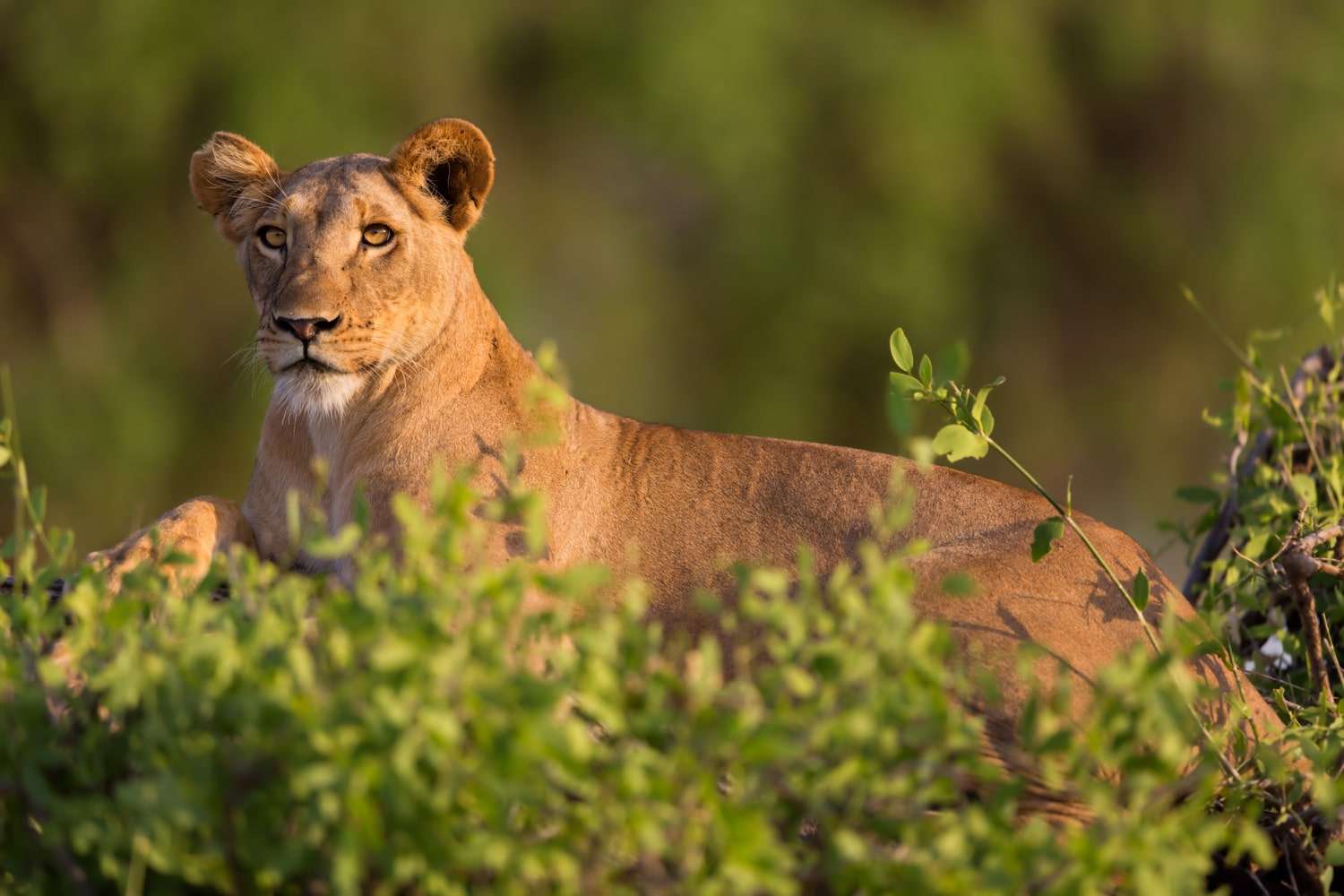 The Samburu National Reserve lies on the hot and arid vast desert once known as the Northern frontier district. It is a less crowded reserve but offering great encounters. The heat scorched scrublands extending all way to the waters of Lake Turkana and beyond are the home to Samburu people who are cousins to the Maasai. 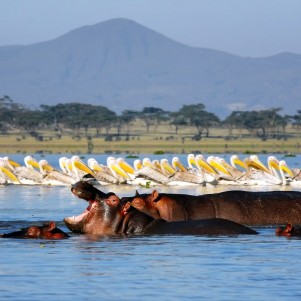 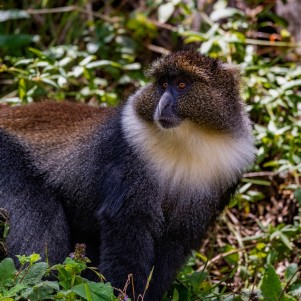 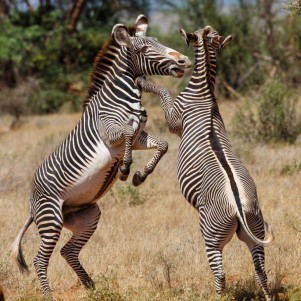 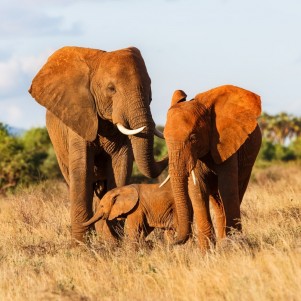