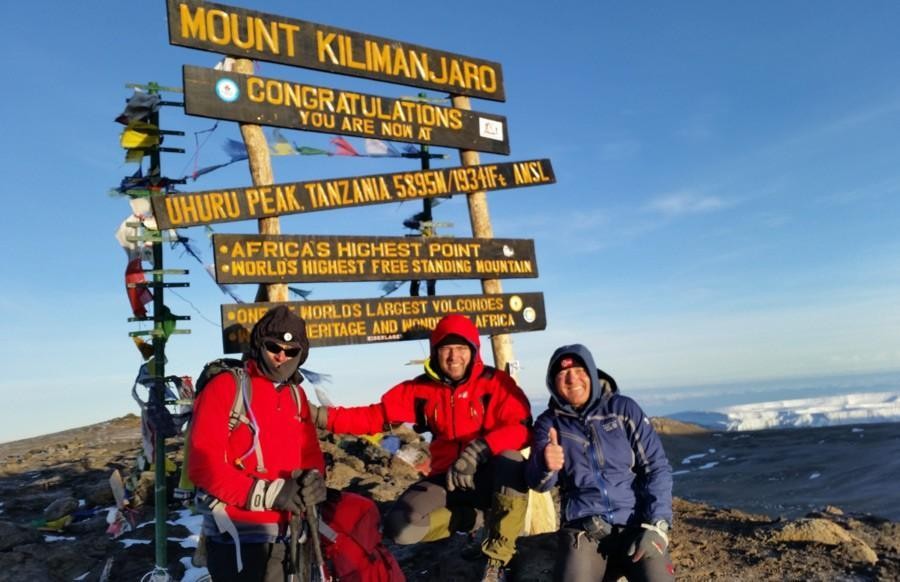 The mountain consists of three volcanic summits: Shira (3,962m), Mawenzi (5,149m), and Kibo (5,895m). Shira is the oldest of the three summits and is an extinct volcano, while Mawenzi and Kibo are both dormant and could erupt again in the future.

Mount Kilimanjaro can be climbed year round; however, the best weather conditions can be found between November & March and from June to October. It is during these months that the weather is warmest and the conditions are clearest.

There are several routes to the summit, with only the Marangu route (sometimes called the tourist route or Coca Cola route) having hut accommodation. These huts need to be booked in advance as spaces are limited.

The other routes do not have accommodation, and climbers will get the chance to camp out on the mountainside each night.

With the guidance of Shadows of Africa’s experienced guides and porters, almost anybody of decent physical fitness can climb Mount Kilimanjaro. It is one of the easier mountains of its size to climb. If you are fit and take the time to acclimatize, you’ll find that climbing Mount Kilimanjaro is one of the most invigorating experiences you’ll ever have.

Mount Kilimanjaro has six different climbing and trekking routes to reach Uhuru Peak. These routes differ in popularity and difficult, but all take between 5 and 7 days to complete.

The Marangu, Machame, and Umbwe routes all approach from the south of the mountain, while the Lemosho and Shira routes come from the west. Only the Rongai route approaches from the north.

As a rule of thumb, the temperature drops by 1C for every 200m you ascend.

The mountain experiences two rainy seasons: the monsoon (or long rainy season) between March and May, and the short rainy season from mid-October until late December. At the base, the mountain has upwards of 2,000mm of rain per year, compared to just 100mm of rain at the summit.

Regardless of the weather, Mount Kilimanjaro can be summited year round.

Characterised by vast fields of grass, the slopes between 800 and 1,800m receive plenty of rainfall. The Chagga people use this area for agriculture and livestock due to the rainfalls and the rich, volcanic soil. The locals primarily harvest coffee and bananas in this zone, although maize, beans, and other crops are also grown.

The northern and eastern slopes are not as heavily cultivated, and so more native vegetation can be seen in these areas. There are no wild animals in the farmland zone, but you can still see lowland forest, bushland, wildflowers, and scrub.

Beginning at 1,800m, the mountain forest zone is the most fertile of all of Kilimanjaro’s vegetation zones. About 96% of Kilimanjaro’s rain falls in this zone, and so the region is extremely wet for most of the year.

The thick vegetation is home to animals such as blue monkeys, elephants, black and white colobus monkeys, bush pigs, squirrels, duikers, elands, and even leopards; although these can be difficult to spot in the thick undergrowth.

Unlike most East African mountain forest, Kilimanjaro’s forests do not have bamboo trees. They do, however, have an impressive variety of bird life.

Stretching from 2,800m to 3,800m, the low alpine zone has two overlapping vegetation types: heaths and the moorland.

The misty heaths begin immediately above the treeline and experience cooler (around 0C or below) temperatures and fairly high rainfall (approximately 1300mm a year). Broad grassy fields dotted with wildflowers characterise this part of the low alpine zone, and animals such as elands, duikers, bushbucks, and buffalo can be seen here.

Beautiful flora such as the yellow-flowered Protea, red-hot poker, Erica Arborea (tree heath), and a number of other plants unique to the area can also be seen.

At approximately 3,200m, the moorlands begin. The air begins to thin at this point, making hiking more difficult and ensuring clear skies overhead. Despite these harsher conditions, it is still possible to see a variety of wildlife such as elephants, elands, klipspringers, and a variety of local rodents at this height. The giant Dendrosenecio Kilimanjari, unique to the mountain, dominates the plant-life in this zone.

At around 4,000 metres the alpine zone begins. An area of alpine desert with sandy soil and harsh weather, it is here that the temperatures begin to have extreme variations that can jump between 40C during the day and below 0C by night.

There are no permanent animal populations at this height, and plant life is limited to hardy flowers and mosses.

At this height, there is only rock and ice. Only insects and the hardiest forms of lichen can exist in these harsh conditions.

The summit has a number of glaciers, the most prominent of which is the Great Northern Glacier at Kibo’s northern face.

Also called the Roof of Africa or the Crown of Tanzania, Mount Kilimanjaro is both Africa’s highest mountain and the world’s tallest free standing peak. Standing at 5,875 metres above sea level, Kilimanjaro is also unique as it is located just 330km from the equator. Mount Kilimanjaro can be climbed year round; however, the best weather conditions can be found between November & March and from June to October. It is during these months that the weather is warmest and the conditions are clearest. 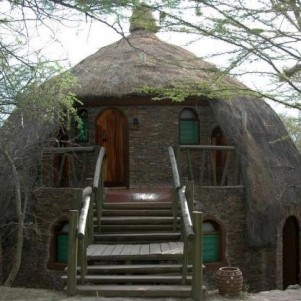