See the very best that Rwanda has to offer with this five day tour of the country's history and natural beauty.

Not only will you get to see the gorillas and golden monkeys of Volcanoes National Park, but you'll also look into Rwanda's tragic past with visits to sites such as Ntarama Church and the Genocide Memorial.

You'll also uplift your spirits with a visit to Gisenyi for a cultural tour and boat ride on Lake Kivu. 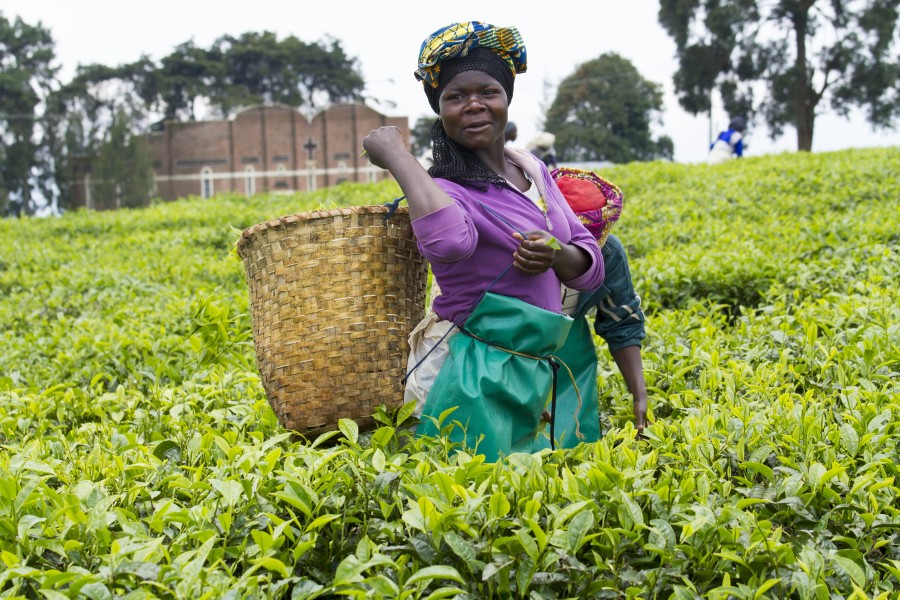 After breakfast, your tour will start with a visit to Ntarama Church, where mass killings occurred during the 1994 genocide. The church was the site of the deaths of more than 5,000 people and remains a powerful reminder of the horrifying violence that took place during Rwanda's infamous genocide. While visiting the church, you'll also learn more about the efforts to reunite Rwanda's people following the genocide.
We'll then proceed to Nyamata Church, where a further 2,500 people were massacred during the genocide. The church is also closely associated with the barbaric treatment of women during the genocide, and you'll learn more about the incidences of mass rape, brutalization, and even the horrific use of HIV as a weapon of genocide.
You'll then be taken to the village of Mayange, where a revolutionary project to reconcile the perpetrators and survivors of the 1994 Genocide by having them live side by side is underway. You'll be taken on a guided tour of the Reconciliation Village, learning about how the healing process between victims and perpetrators is taking place.
You'll then have lunch with the locals before continuing your tour of the Reconciliation Village with visits to facilities such as the school and health centre, the local plantations, and an art gallery.
After your busy day of discovery, you'll continue on to Musanze to overnight.
DAY TWO - GORILLA TREKKING
After an early breakfast at your hotel, you'll proceed directly to the Volcanoes National Park's headquarters to meet your guides. After completing the briefing, you'll embark on the once in a lifetime experience of tracking the enigmatic mountain gorillas.
There is no guarantee how long or difficult your tracking experience will be as it depends on where the family of gorillas is and on weather conditions, It can take anywhere from two up to six hours of trekking through the mountain forest at relatively high altitudes. Fitness is definitely recommended for those wishing to undertake the excursion.
One of the most memorable experiences you're likely to ever have, you'll be allowed an hour of close contact with the gorillas once you've found them. You'll be privileged enough to come within mere metres of a family of these rare and beautiful animals, observing their family dynamics and getting to learn a bit about each gorilla's distinct personality in serene silence.
Once your time with the gorillas is done, you'll return to your hotel for lunch.  As an extra activity in the afternoon, you can pay a visit to the beloved Gorilla Guardian Village to learn more about Rwanda's pre-colonial past. In a series of demonstrations and interactive activities, you'll learn about everything from traditional medicine to warfare to how to hunt.
DAY THREE - VOLCANOES NATIONAL PARK
We'll spend the day tracking another of the Volcanoes National Park's primate inhabitants, the beautiful golden monkeys.
You'll trek through sun dappled glades and dense stands of bamboo in search of these playful monkeys, who are well accustomed to visitors. This means you'll be able to view the golden monkeys playing, feeding, and leaping from tree to tree as if you weren't there. While your time with the monkeys is limited to an hour, this is ample time to see the inquisitive creatures in their natural habitat.
Once your viewing is complete, you'll return to your hotel to freshen up and have lunch. After lunch you will start your scenic drive to Lake Kivu and overnight in the region.
DAY FOUR - LAKE KIVU
In the morning you will explore the lake by taking a boat tour. If you are looking for something more active you can opt to go kayaking. After the time on the lake you will have a walk to see an authentic fishing village in action.
You'll have lunch at a location at the lake – you will be enjoying lunch and have a taste of the spoils of the lake.
You'll overnight again on the shores of Lake Kivu. You'll have the opportunity to both explore the quaint colonial town and (if time allows) even take a dip in the vast freshwater lake's cool waters.

You'll have breakfast on Lake Kivu and then return to Kigali.
Upon arrival in the Rwandan capital, you'll enjoy a half-day city tour to the Natural History Museum, the haunting Genocide Memorial, and the local craft markets.
You might also wish to have lunches at Hotel Mille Collines - better known as 'Hotel Rwanda.