For those who want a more complete overview of what makes Rwanda such a wonderful country, our Complete Rwanda tour covers a mixture of its natural beauty and its fascinating culture.

This tour really does have it all. Not only do you get to see Rwanda's famous mountain gorillas and chimpanzees, but you also get to mix in engaging cultural experiences and your choice of a variety of optional activities to make the trip your own.

If you're looking to soak in as much of Rwanda's stunning natural beauty as humanly possible, The Complete Rwanda is the tour for you. 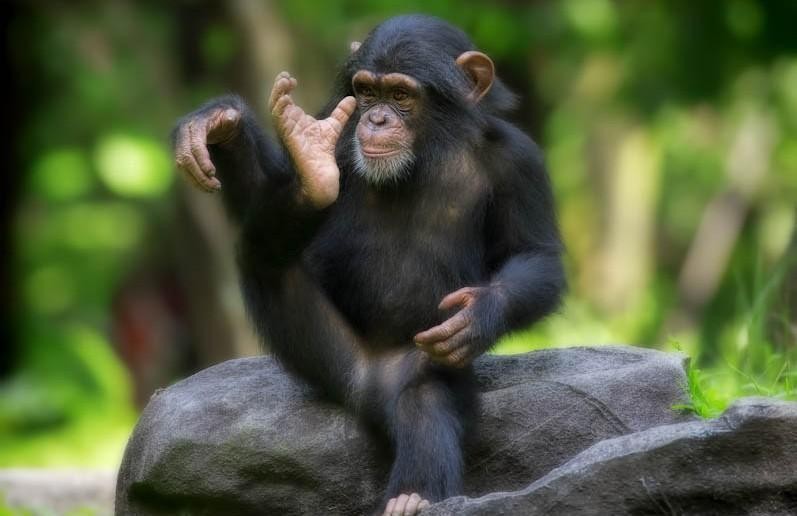 You'll depart from Kigali after breakfast for the long but beautiful drive south to Nyungwe National Park. Along the way you'll come to understand why they call Rwanda 'The Land of 1000 Hills'.
The trip will be broken up with a number of stops,. You'll  pay a visit to Nyanza, where you can visit the former palace of the last Rwandan king. Further you will make a stop the Butare National Museum.
After lunch, you'll proceed to Nyungwe, passing through the forest along the way. You'll have the chance to see playful primates playing by the road as you travel.
You'll arrive at your Nyungwe accommodation in time for dinner and a good night's rest.

You'll rise early for breakfast as you go off in search of Rwanda's enigmatic and endangered chimpanzee population. With only four hundred chimpanzees in the country, there's no guarantee you'll see chimps during your day's hike, but your Shadows of Africa guide will do all he can to get you a glimpse of our closest relatives in the animal kingdom.

Even if you aren't lucky enough to spot a chimpanzee, the national park is a wonderfully diverse place that you'll get a chance to explore both in the morning in your hunt for chimpanzees and after lunch.

In the afternoon, you'll go in search of another of the park's primate residents - the cheeky black and white colobus monkey. These playful primates are an easier hike than the chimpanzees, and you'll delight in their antics.

You'll start your day with your choice of a guided waterfall walk or a walk along the Nyungwe Forest National Park's famous elevated canopy walk.

Both offer a unique perspective on this beautiful park, and you'll find a new appreciation for Rwanda's natural beauty as you move through this dense forest.

After your morning activity, you'll make your way to Karongi on the shores of Lake Kivu. The drive to this beautiful city takes you along one of the most scenic stretches of road you'll ever encounter - wending your way through hills and valleys along the way.

You'll start your day with a morning boat ride on Lake Kivu, taking in the serenity and beauty of this massive freshwater lake. As you enjoy your boat ride, you'll take in the gorges, mountains, creeks, and islands that make for one of Rwanda's most beautiful panoramas.
After a sumptuous lunch, you'll continue on to Musanze on the outskirts of Volcanoes National Park, where you'll pay a visit to the Gorilla Guardian Village to learn more about Rwanda's pre-colonial past.

You'll have today to explore a different facet of the gorgeous Volcanoes National Park region, choosing from one of the below activities:

You'll trek through sun-dappled glades and dense stands of bamboo in search of these playful monkeys, who are well accustomed to visitors. This means you'll be able to view the golden monkeys playing, feeding, and leaping from tree to tree as if you weren't there. While your time with the monkeys is limited to an hour, this is ample time to see the inquisitive creatures in their natural habitat.

An example of a perfectly domed volcano, the 3,700m high mountain has a deep crater lake at its top and makes for a pleasant but still physically demanding day's hike. Depending on your level of fitness and the number of stops you make, it can take anywhere between five hours and an entire day to complete the round trip.

Along the way you'll see the various vegetation zones ranging from the dense bamboo forest at the mountain's feet to sparse bushlands at its peak. You'll be accompanied at all times by a professional guide, and porters can be hired to assist with carrying your belongings.

If you're lucky, you may even spot some of the park's resident gorillas on your hike.

Following in the footsteps of Dian Fossey, the woman behind Gorillas in the Mist, you'll venture into Volcanoes National Park to pay a visit to the great woman's former research site and the grave where both her and her beloved companion, Digit were buried after their untimely murders.

Like the Mt. Bisoke hike, this trek takes you into the Volcanoes National Park, giving your the opportunity to spot some of its primate residents.

In the afternoon, you'll return to Kigali to overnight.

After breakfast you'll be treated to a city tour covering some of the city's most famous sites including the craft markets, genocide memorial and the campaign against genocide museum.
Get your last minute shopping done, and then it's off to the airport for your onward journey.