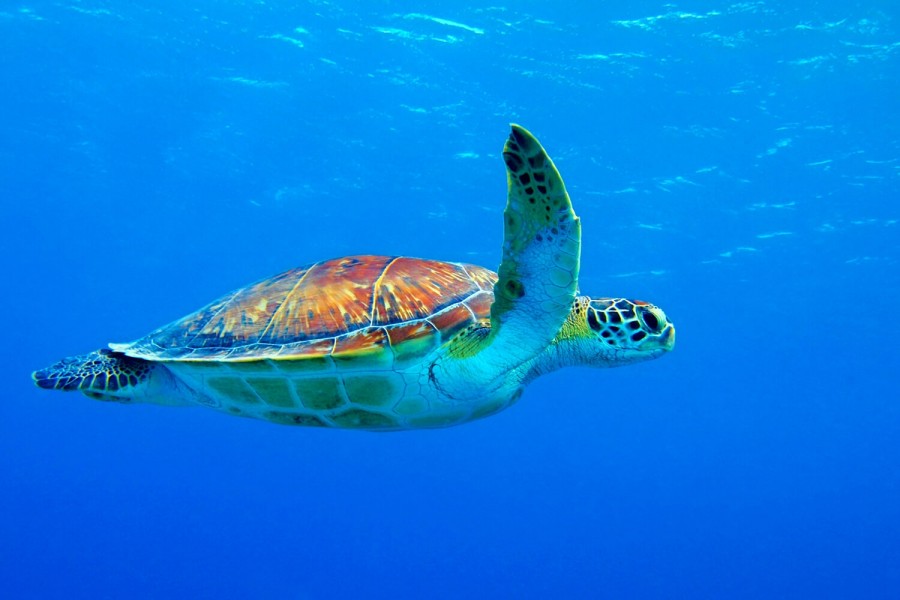 As early as 1993, the villagers of Nungwi opened this turtle shelter in a large natural tidal pool. Ever since they have been trying to protect these beautiful gentle prehistoric creatures from predation because of their meat or shell.

You will see turtles of different species, ages, and sizes. It is important to know that the proceeds from the entrance fees at the shelter also fund a project for local children, which raises awareness of the importance of preserving turtles, as this is the only way they will be able to ensure their long-term conservation.

In the tidal pool, you will see critically endangered carnivore Hawksbill turtles, and herbivorous giant tortoises, green sea turtles, the largest turtles weighing up to 350 kilograms and up to 1.8 meters in size. These turtles can also hold their breath for the longest time - they can be underwater for five hours before they catch air on the surface again.

If fishermen accidentally catch a turtle in their nets, they bring it to the aquarium, where they are treated for any injuries and protected until release. Turtle eggs discovered on the beach are also brought here, as they have a much higher chance of hatching here.

The highlight of the shelter is February 20 each year, when conservationists, volunteers, and tourists lucky enough to be there at the time, release turtles that have recovered, and help hundreds of cubs survive a dangerous journey across the beach and to the open sea.

Please do not confuse this important nature conservation centre with another - this is the one that truly helps animals and nature without exploiting and neglecting them.

­- Transportation: from any hotel in Zanzibar

­- Admission ticket to the aquarium and conservation pond

- Suitable for everybody, great for kids. 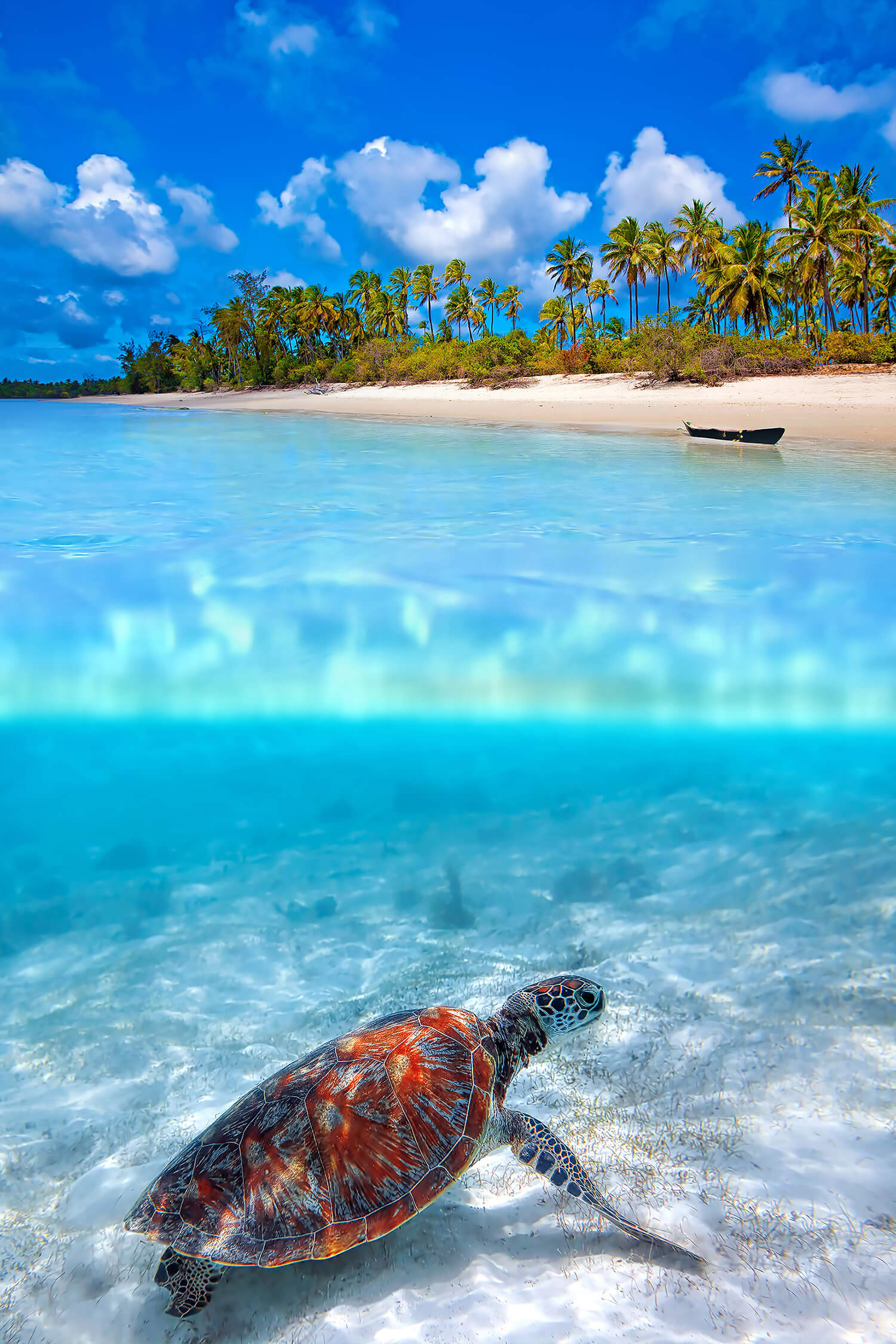 On Zanzibar’s northernmost beach is the Nungwi Mnarani aquarium, home to the Marine turtle conservation lagoon.

This community-led project started in 1993 to protect, safeguard, and help to recover injured sea turtles, to finally release them back to the sea. This unpaired event takes place every 20th of February when all turtles, fit to be released, are returned to the ocean.

All turtles brought to the lagoon are injured in some way - caught in fishing nets, hurt by boats, or appearing ill. Raising awareness about turtles around Zanzibar is reducing the number of turtles hunted for their meat or shells.

At the Nungwi natural aquarium, you’ll have the chance to watch turtles of all sizes and ages swimming in a hatchery pond.